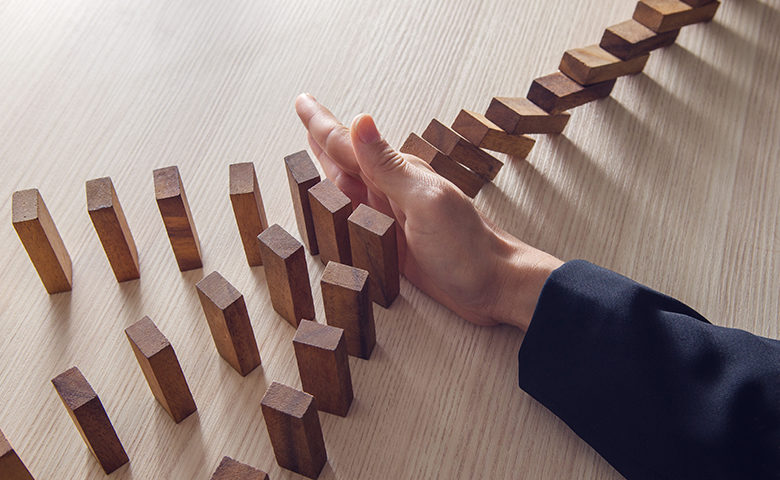 There’s no question that employees know the difference between right and wrong. So why don’t more employees intervene when they see someone exhibiting at-risk behavior in the workplace?

There are a number of factors that influence whether people intervene. First, they need to be able to see a risky situation beginning to unfold, the company’s culture and safety climate need to make them feel safe to speak up and they need to have the communication skills to say something effectively.

This is not strictly a workplace problem; it’s a growing problem off the job too. Every day people witness things on the street and choose to stand idly by. This is known as the bystander effect—the more people who witness an event, the less likely anyone in that group is to help the victim. The psychology behind this is called diffusion of responsibility.  Basically, the larger the crowd, the more people assume that someone else will take care of it—meaning no one effectively intervenes or acts in a moment of need.

This crowd mentality is strong enough for people to shirk their known responsibilities. But it’s not only frontline workers who don’t make safety interventions in the workplace. There are also instances where supervisors do not intervene either.

Ensuring a safe workplace is always at the top of the list of responsibilities for both employers and their employees, which is why it seems so shocking when people don’t intervene when they should. When a group of employees sees unsafe behavior not being addressed at a leadership level it creates the precedent that this is how these situations should be addressed, thus setting the standard (and defining the safety culture) for everyone.

Despite the fact that workers are encouraged to intervene when they observe unsafe operations, this happens less than half of the time. Fear is the ultimate factor in not intervening. There is a fear of retribution, fear of what friends/coworkers will think or a fear that their job will become harder or they’ll have to do more work if they intervene. Unsuccessful attempts in the past are another strong contributing factor to why people don’t intervene—they tend to prefer to defer that action to someone else for all future situations.

On many worksites, competent workers must be appointed. Part of their job is to intervene/refuse to let workers perform a task without the proper equipment or if the conditions are unsafe. Competent workers are also required to stop work from continuing when there’s a danger.

Supervisors also play a critical role. Even if a competent person isn’t required, supervisors need a broad set of skills to not only identify and mitigate workplace hazards but also build a safety climate within their team that supports intervening and open communication among them.

Beyond competent workers and supervisors, it’s important to educate everyone within the organization that they are obligated to intervene if they witness a possible unsafe act. Whether you’re a designated competent person, a supervisor or a frontline worker, here are three important rules for conducting a safety intervention:

Proper safety interventions can affect many aspects of a business. It greatly increases positive interactions between teams, it encourages all levels of employees to be more involved in safety, and it can improve the overall safety culture. Know whether you need a competent person on-site, ensure your supervisors are well-trained and talk to your employees about safety interventions—it may just be the intervention they need.

Supervisors are the bridge between organizational directives and on-the-ground operations. Their skills and knowledge are critical to a seamless flow of information in both directions and to their organization's safety success. This webinar offers EHS managers and company executives actionable advice on improving safety through leveraging the role of frontline leaders.