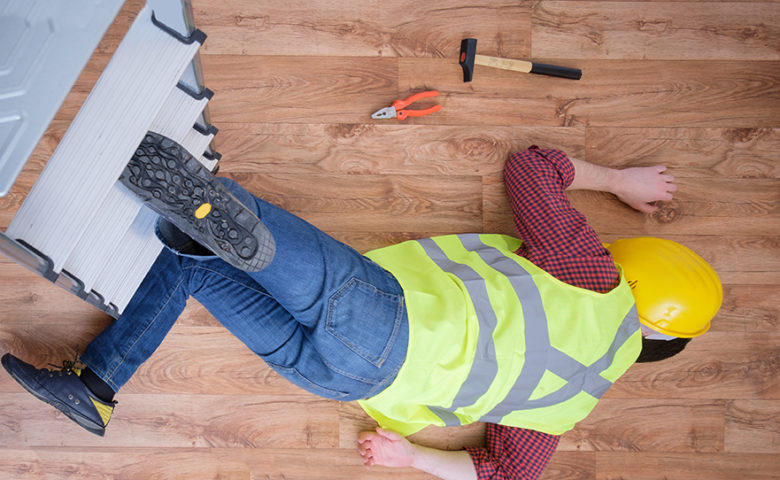 Despite the rules and safety regulations, every year many workers die or are injured after falling from ladders, scaffolds or other elevated areas. And falling from a height of just 6.5 feet means a likelihood of a serious injury.

Falls to a lower level

According to the U.S. Census of Fatal Occupational Injuries 2015, falls to a lower level represented 81 percent of all fatal falls with more than 40 percent of fatal falls occurring from 15 feet or lower. In Canada, over 42,000 workers get injured in falls every year. This makes up almost 17 percent of the “time-loss injuries” in the country.

One of the reasons for these incidents and fatalities is the fact that many people undertake one-off jobs (painters, decorators, etc.) without proper training, planning or equipment. It’s common to see examples of disregard for safety by people with little to no experience of working at heights.

Sadly, inexperience is not the only reason behind so many people falling from heights each year. Lack of compliance with the health and safety rules is another. Some of these rules are very simple and yet vital such as erecting guardrails on scaffolding (employer’s responsibility) or only using approved access points on the scaffold (employee’s responsibility).

Worker safety at heights is important, but more attention also needs to be given to the debris, tools and other equipment dropped from heights. Financial losses caused by such objects can include the cost of damaged or destroyed equipment (whether it’s the object falling or an object it falls onto) and the time required for people to retrieve the dropped tool or replace it with a new one before they can get back to work. Time, productivity and the bottom line are affected. But dropped objects don’t only cost money. They cost lives.

Every year, many people are severely injured or killed due to struck-by incidents. Even a small tool can become deadly when dropped and sometimes wearing a hard hat is not enough. This is why the safety focus should always be on preventative steps such as engineering choices, types of equipment used, housekeeping and—most importantly—training.

People tend to think that they’re “safe enough” and that, because nothing bad ever happened to them while they were breaking the rules, then the rules are not important. Unfortunately, at some point, luck runs out and simple actions, such as climbing the scaffold instead of using a ladder, can end tragically.

If workers believe that they’re “safe enough” or that safety compliance is not important, then regular programs and engineering solutions are not going to be enough. People need to want to be safe. But if an organization doesn’t encourage a healthy safety culture, doesn’t promote safety as being part of the job requirements and doesn’t create an environment where people look out for each other’s well-being, then clearing up walkways, putting tools securely away or using approved access points will be a chore and a hassle instead of a habit.

Additionally, they can help workers recognize when they’re complacent, fatigued or rushed and teach them to avoid making potentially-hazardous mistakes caused by these states. Forgetting or ignoring the rules while fatigued or rushed can happen to anyone but when it happens in safety, the results can be disastrous. Knowing how to address such states adds a new tool to the workers’ safety toolbox.

There are rules and regulations in place for everyone’s protection but they are not enough if workers don’t believe in the importance of safety. Combining traditional solutions with human factors training and rooting them in a healthy safety culture can make a huge difference and prevent more safety incidents from happening.

A person’s state of mind influences PPE compliance. Learn to manage the human factors that stop employees from wearing it.