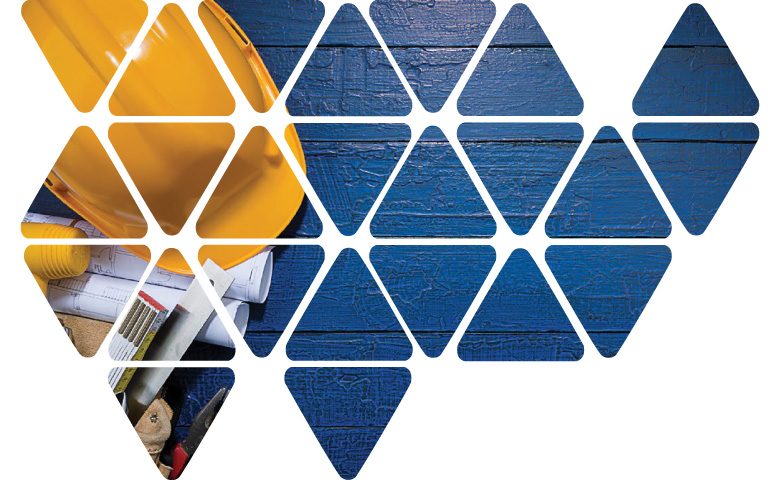 By definition, safety professionals are responsible for controlling exposure to risk. As a result, they tend to focus their efforts on establishing procedures, engineering solutions and other controls designed to restrict workers’ risk exposure. At their best, these systems are logical, comprehensive and operate with a clock work-like efficiency. However, the people operating within them often do not work in the same way.

Employee behavior is influenced by various factors, some of which can compromise how people perform within a safety system. No matter how rigorous the safety system, human behavior can short-circuit almost any safety feature. More rules will not prevent behavioral fluctuations, because to follow these rules employees would have to be rational actors 100% of the time, which they are not.

The Role of Safety Habits

How can OSH professionals encourage more consistent, safe behavior? The key is to focus on developing and reinforcing critical safety habits. Habits are an important part of the brain’s framework. They allow individuals to perform routine behaviors without needing to make small decisions every step of the way. In fact, research has shown that habits make up approximately 40% of human behavior (Society for Personality and Social Psychology, 2014).1 When discussing habits, people often think of small daily behaviors, such as brushing one’s teeth in the morning or wearing a seat belt in the car. But it is not hard to recognize how habits influence safety behaviors, from donning PPE at shift start-up to keeping a work area tidy and free of trip hazards.

Many daily actions are driven by routine because it helps conserve mental reserves for concerns that require active consideration. But this also has drawbacks. Most notably it can cause people to perform actions on autopilot when they should be paying attention. Furthermore, certain habits may be an immediate concern in the workplace, particularly if hazardous energy is present. For example, moving without looking could have potentially serious consequences on the shop floor. 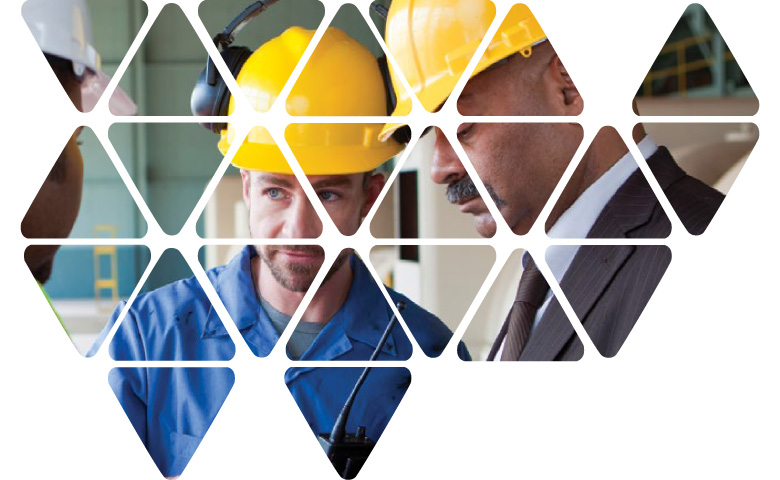 It is possible to override habits by keeping a task front of mind, but doing so requires focus—and people can only concentrate on a few actions at once. Safety managers know this through firsthand experience. BLR (2015) surveyed nearly 1,300 safety professionals regarding slips, trips and falls in the workplace. While 85% of respondents believe that reminding workers about safe walking and housekeeping practices improves safety performance, most think the benefit is only temporary.2 Eventually, as employees shift their attention elsewhere, they revert to old habits.

This poses a particular problem for OSH professionals, as most work environments are full of distractions that threaten to derail employees’ concentration on safety. And, nearly all industries are dominated by a single factor that undeniably propels its way to the front of most employees’ minds and shakes their concentration on safe behavior: stress.

Stress can manifest in several different forms. For example, fatigue is a form of bodily stress and it can be difficult to stay focused when tired. In other stressful moments, such as when feeling rushed or frustrated, it is easy to revert to routines. A study by University of Southern California (2013) researchers found that in times of stress people are particularly prone to slipping back into habits.3

Habits only provide a limited benefit in combating many human factors, and if a site’s safety issues include workers getting injured when they are rushing, frustrated or tired, then that site’s OSH team should consider concentrating improvement efforts on human factors training. However, habits can be an effective failsafe against complacency. An OSH team can teach people personal safety skills to maintain focus and fight complacency, but even then, nobody can maintain focus 100% of the time. That is where good habits are critical.

Many people think of habits as negative (e.g., overeating, nail biting), but habits can be positive, too. For example, leaving the car keys in the same spot each evening prevents the need to search for them before heading to work the next morning. Putting on a hard hat whenever exiting a truck helps make one more likely to wear PPE even when not consciously thinking about it.

People are as likely to fall back on a positive habit as a negative one. In a safety context, improving workers’ behavioral baseline will make them safer when they are most at risk. Given how much habits govern daily behavior, the key to any sustained improvement in safe behavior is to build better habits. But that will not happen overnight. 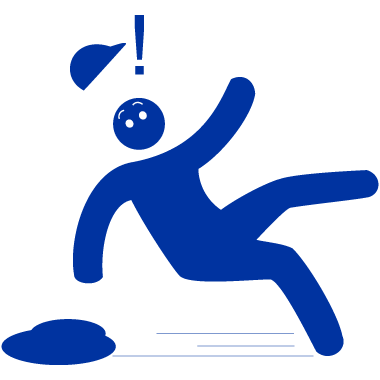 A common belief is that it takes 21 days to form a new habit. Unfortunately, it is not quite that straightforward and that statement is missing a few words. One study on changing habits found that it takes a minimum of 21 days to form a new habit. Subsequent research has confirmed that the 21-day mark is often a best-case scenario and that the median timeframe for habit formation is 66 days (Lally, van Jaarsveld, Potts, et al., 2010).4

The word minimum is important. It takes an extended period of reinforcing new behavior before that behavior becomes entrenched in our brains. One of the best ways to eliminate a bad habit is to replace it with a new one. Physiologically speaking, habits are like a road map that the brain follows. When a person replaces one habit with another, the brain rewires the neural pathways that make up the old habit, literally mapping one habit on top of another (Duhigg, 2012).5

One implication of this effect, aside from the fact that one must practice a dedicated approach to change habits, is that an OSH team cannot intimidate or scare employees into changing their habits. With the average person needing just under 10 weeks to develop a new habit—and a sizeable minority of employees requiring longer— no single graphic video or shocking story will have a consistent impact on their behavior for the length of time required to establish a new routine.

Negative communications, from injury-based scare tactics to old-school yelling, might correct behavior in the moment, but the effect will wear off well before a new habit is formed. Positive thinking has been demonstrated to increase people’s ability to build personal skills (Fredrickson, Cohn, Coffey, et al., 2008) and supervisors who take an approach based on encouragement and support will likely promote better habit formation.6

Many safety efforts revolve around the central need to protect workers by controlling exposure to hazards. But while entire industries exist to help companies install barriers that physically prevent employees from coming into contact with machinery, relatively little focus is placed on properly adjusting the wide range of potentially unsafe habits that workers bring with them to the workplace each day.

Research on habits continues to evolve, and studies continue to confirm that one must work on habits to change behavior. Whatever behavior is of concern—from workers forgetting to wear PPE to back strains due to improper lifting techniques— improving habits is a viable part of the solution. Everyone has the basic skills to put on a hard hat or bend at the knees when lifting. What is missing is the ingrained patterns that help them engage in these behaviors on a habitual basis.

Of course, building better habits is easier said than done, especially given the length of time it takes for a new habit to take root. It can take patience and work, from both the safety team and employees, but the effort is worth it. Providing the tools to build better habits, including ample time to work on them as well as frequent check-ins to analyze progress, will help employees stay on track. Also, because a consciously positive approach plays a major role in the habit-building process, OSH professionals must provide positive reinforcement for good behavior rather than punishing workers for habitual behavioral slips.

Motivation also helps people work on their habits; it offers them the “why” behind investing time to build the habits in the first place. If employees think their behavior is safe enough, they may question the need to improve their habits. Based on the author’s experience, the most effective motivation stems from employees’ nonwork lives. Therefore, strive to demonstrate how a safety habit could benefit family life, personal activities, hobbies or recreational sports.

Each employee will progress at a different pace, and some may experience several false starts. Remember, they are attempting to rewrite deeply ingrained patterns. With perseverance, positivity and a steady push toward the goal, the OSH team can effectively protect workers from injury by influencing them in one area where it matters most: their daily habits.

Tim Page-Bottorff, CSP, CET is a senior SafeStart consultant, past president of the ASSP Arizona Chapter and a former United States Marine. As an OSHA trainer he is well-versed in how to facilitate effective training sessions and he frequently speaks about training and other safety topics at national safety conferences. 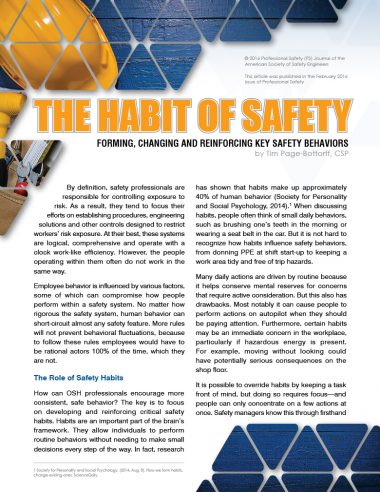