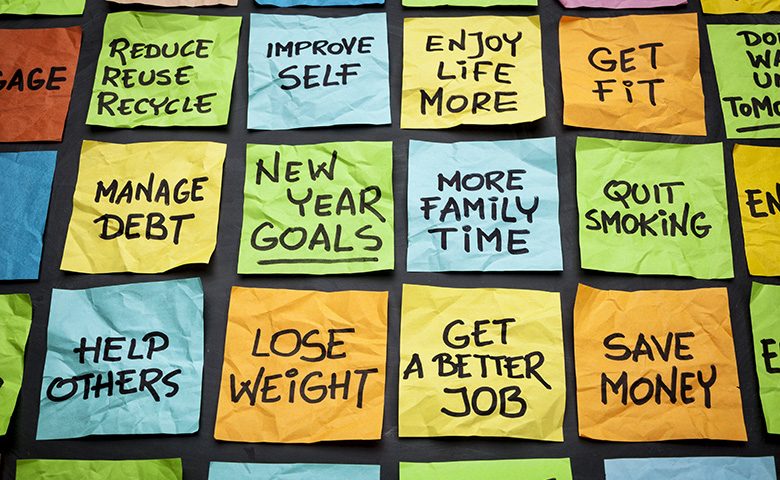 With the new year fast approaching, a lot of people may be thinking about the resolutions they’ll start come January 1. As mentioned in our How to Make Habits Stick guide, fewer than 10% of people achieve their goals when trying to create new habits. That number is not only uninspiring but perhaps even discouraging. The good news is, many people have had great success in making positive changes.

First, you need to understand that it’s a process and some work will be required. Habits are often confused with routines—but the two are not interchangeable. Habits may stem from routines (if done often enough) but not all routines are habits. In fact, not all actions can be turned into habits. And that may be the problem when creating resolutions: people don’t understand the difference between a routine and a habit.

Skipping a routine doesn’t feel as bad or uncomfortable as not performing a habit. You can justify not having your breakfast at 8 am one morning (routine) but not tying the laces on your workboots after you’ve put them on your feet (habit) feels unnatural. Resolutions can only work when you put time into making them happen. Habits will only take root after they’ve been repeated enough times that you don’t need to think about your actions. Blowing off your routine might not feel bad in the moment but long-term impacts may include failed resolutions (and often failed habits).

When creating any resolution, routine, or habit, you need a plan. Part of your planning process should include time management. You can aspire to accomplish a lot of things during the course of a day, but if you don’t set aside the time to actually do them then these tasks won’t come close to becoming a routine or a habit. Time management is the conscious planning of time spent on specific activities—a schedule of sorts—and it’s important to make sure that you’re getting the right things done at the right time.

Routines are tasks or actions that are performed regularly, like going to the gym after work every day. Even though some routines are scheduled for the same time, they still require intention, conscious thought and planned effort to complete them. A routine can also be the practice of doing things in a specific order. Setting up a daily routine can help to save time throughout the day, and they also help people to be more productive. Think about backing into your parking space instead of pulling in. While initially it will take more time to get into the routine of backing into the spot, it will save time when you leave and can drive out of the spot. It’s also safer as you can see more of what’s in front of you than behind you reversing out of the spot.

Habits, on the other hand, do not require conscious thought—they are something that you do automatically without thinking. A perfect example is when the power goes out. You know there isn’t any power (which is why it’s so dark) but when you walk into a dark room you impulsively flip the light switch without thinking. The habit is so strong that you do it instinctively.

And when you’re thinking about making a New Year’s Resolution, you often want to get rid of the bad habits you’ve formed somewhere along the way. It could be something harmless like chewing your nails when you’re nervous or something a bit more detrimental to your health like smoking cigarettes.

The key is recognizing the differences between routines and habits and how the two relate so you can leverage one to change or improve the other. If you want to change your routine, look at the habits currently involved in it that you may no longer be thinking about. If you want to change a habit, design a new routine or modify a current one to help form the new habit until it becomes automatic.

If you want more help with your resolutions planning, check out our free resources.