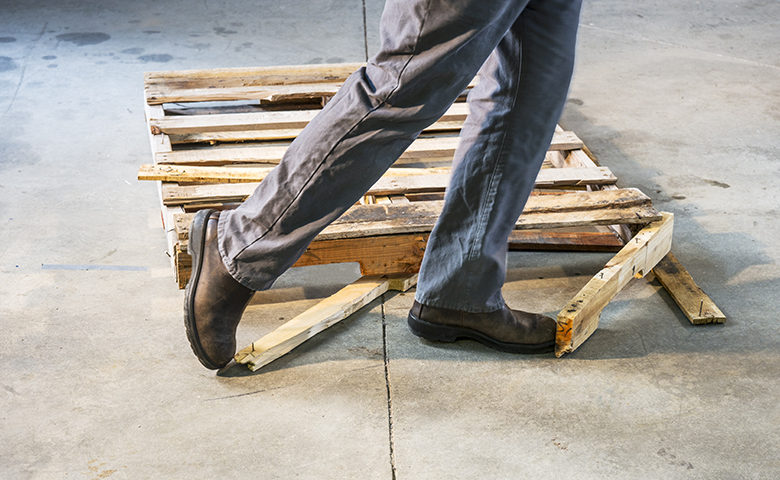 A near miss is an unplanned event that could have resulted in an incident leading to injury, illness or damage. The problem is that since nothing dire happened, a near miss is often misconstrued as a free pass when it should actually be viewed as a life-changing event.  The opportunity for the close call to only be a wake-up call (and potential training opportunity) is not guaranteed.

The purpose of reporting a near miss is to proactively identify why the potential for injury was present and eliminate the hazard before it results in an incident. In almost all cases, there was a warning sign before an incident occurred—meaning if a near miss (or near-miss potential) had been reported, the incident could have been prevented.

A hazard has a similar definition to a near miss: “A hazard is any source of potential damage, harm or adverse health effects on something or someone.” The hazard is the source and the near miss is the event that occurred. Both have the potential to result in an undesirable incident—which is preventable.

But hazards and near misses are not synonymous. In a conversation about near misses, a company might identify a puddle on the floor as a near miss. While the puddle itself is a potential hazard, if the puddle is in an area where no one could have an interaction with it then it does not have near-miss potential.

In order to identify and eliminate hazards, typically you’d conduct a hazard analysis. You’d also perform a similar process when it comes to near misses—getting people to proactively think about hazards is a great way to eliminate a near miss. If you’re familiar with the hazard analysis process, you know that the first step identifies the hazard, the next step analyzes the risk associated with the hazard, and finally, you determine a corrective action (elimination, substitution, engineering controls, administrative controls, PPE).

Unfortunately, most workplaces are focused solely on what affects them at the moment. If hand injuries are high, they will put a lot of effort and focus into preventing the costly minor injuries, when only a small percentage could actually turn into a serious injury or fatality.

The potential outcome for a serious incident needs to be addressed during the hazard analysis to determine how much focus should be paid, especially taking into account the fact that complacency is at its highest when there haven’t been any accidents for a while.

Getting employees to report near misses is a common struggle for many safety professionals. There’s a lot of speculation as to why it’s such a challenge to get workers to submit near-miss reports and when honest answers are given, the range of reasons cited include fear of retribution and feeling that it’s not their job to report.

Employees need to be trained on how to identify potential hazards and what they need to do to complete a near-miss report. Part of the training should explain to employees why a near-miss reporting process is necessary—that it’s not to blame the worker but to improve the safety system in place. It’s also important that the reporting process is easy, and everyone in the facility should be shown how to fill out a report and where to submit them.

If employees have a fear of reprisal for raising safety concerns, it may be wise to allow anonymous submissions. It’s the best way to get an honest account of what happened because the reporter’s name won’t be tied to it. It also helps to not use any names in the reports (make them incident-specific) so that the employees don’t feel like they’re snitching on their co-workers, which could also be a deterrent.

Collecting near-miss reports will create a culture that assesses risks and determines a control to reduce the likelihood of incidents. In order for a near-miss reporting process to work, you first need to encourage employees to identify the hazard. Reiterate that near-miss reports are part of a positive process and not a punitive one. Creating a positive culture, without the threat of reprisal will inspire workers to be more forthcoming.

You need to have the type of safety culture that allows employees to be comfortable reporting hazards.  All levels of management need to comply with the same rules and report all near misses. More importantly, when a near miss is reported, something (analyze, communicate, corrective action) needs to be done with that information. Nothing kills a near-miss reporting process faster than employees coming forward with an incident, only to have it dismissed or treated like it’s nothing.

Emotions and attitudes are contagious. When it comes to health and safety, employers need to create a workplace that fosters positive attitudes and reduces the amount of negative crossover and spillover. Especially where experiences on the job influence workplace operations, culture, productivity, loyalty, the bottom line and even workers’ family lives.

The Ultimate Guide to Safety Posters
What Are the Safety Signs in Your Workplace?