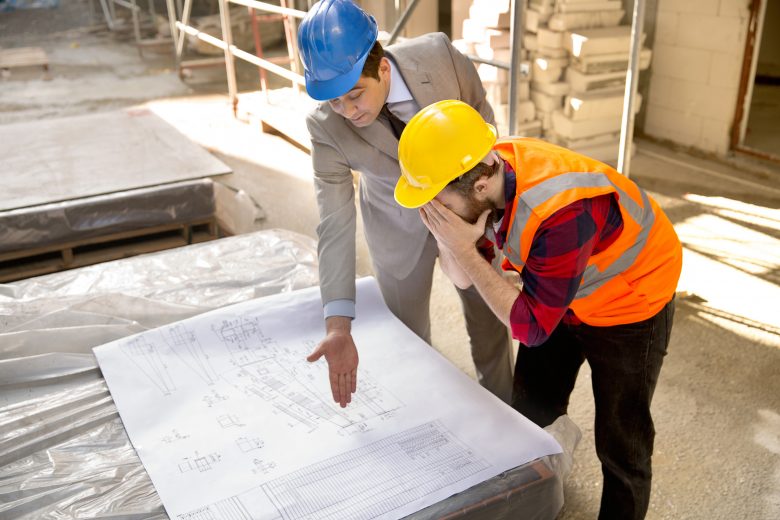 Near-miss reporting is an essential feature of an advanced safety management system. Examining incidents that almost happened or could have happened can go a long way in preventing them from occurring in the future.

In theory, near-miss reporting is a simple but powerful idea that will advance a workplace health and safety program by leaps and bounds. In practice, there are a thousand ways it can go wrong.

A lot of potential pitfalls for near-miss reporting systems include improper or ineffective ways of gathering reports and collecting and analyzing data from these reports. Workplace safety culture problems can also cause employees to be reluctant to submit near-miss reports (or even report personal injury).

But these and other problems pale in comparison to the single quickest way to ruin a near-miss reporting program: using voluntary reports to blame or discipline workers.

On a functional level, for employees to regularly submit near-miss reports their workplace needs to provide them with psychological safety, which is defined as “a shared belief that the team is safe for interpersonal risk taking.” While the term is usually applied to more intensely collaborative work settings, it aptly describes the cultural environment needed for workers to submit a near-miss report. Effectively, if workers don’t feel safe to share their experiences then they won’t. In many cases, this is achieved by allowing near-miss reports to be submitted anonymously, effectively creating a structural mechanism that is intended to let workers know that they can submit reports without reprisal.  Such measures are necessary because there is no quicker way to make employees feel under attack—and to consequently clam up—then to use their near-miss reports against them.

On a more theoretical level, using near-misses to chastise workers misses the entire point of the reporting system to begin with. The idea is to collect voluntary safety feedback in order to understand safety from a variety of perspectives and to potentially discover issues that employees are aware of but management isn’t. Ultimately, this will allow an employer to accurately gauge the level of risk and, ideally, take steps to prevent future incidents before they occur.

The goal of near-miss reports has never been to collect evidence for disciplinary procedures. Instead, a robust near-miss reporting program should collect data with an eye on making improvements. By identifying weak points in a company’s safety system, data from employee submissions can be a catalyst for enhancing safety procedures.

But there’s one wrinkle in all of this, and that’s the fact that sometimes corrective action needs to be taken. Because, at times, a near-miss report will represent a moment of clearly unsafe behavior or an obvious violation of a safety rule.

In these cases, it’s essential that a manager focus on the behavior and not on the person. Don’t tell people they’re unsafe, let them know that the actions were unsafe and why. The mere fact that they reported it in the first place likely indicates that they were unaware they were doing something deliberately unsafe. A human factors framework could help with this approach. If it’s framed as an educational opportunity for everyone then the worker in question will be more likely to change themselves and look out for others they see in similar situations. It’s also less likely to disrupt their psychological safety, which could compromise the candidness of future near-miss reports.

If it was a definite, serious safety violation with clearly documented consequences then standard disciplinary action will likely need to be taken. But you should recognize them for their willingness to report their mistake (if they were the person who reported it) given the outcome they could expect. Explain that while there is no leniency in the consequences, their report will serve as the impetus for an in-depth review to understand and help prevent others from making a similar mistake in the future. It’s essential that this review is conducted and results are communicated back to the person to show the company’s due diligence in the matter.

There are plenty of ways to improve the effectiveness of a near-miss reporting system but none is more crucial than ensuring the process is entirely blame-free. Every manager and supervisor involved in collecting reports, reviewing the data and communicating results to workers should understand how vital it is to avoid using near-miss reports as a source of criticism or punishment. Because it’s a necessary step to keeping the near-miss submissions flowing.