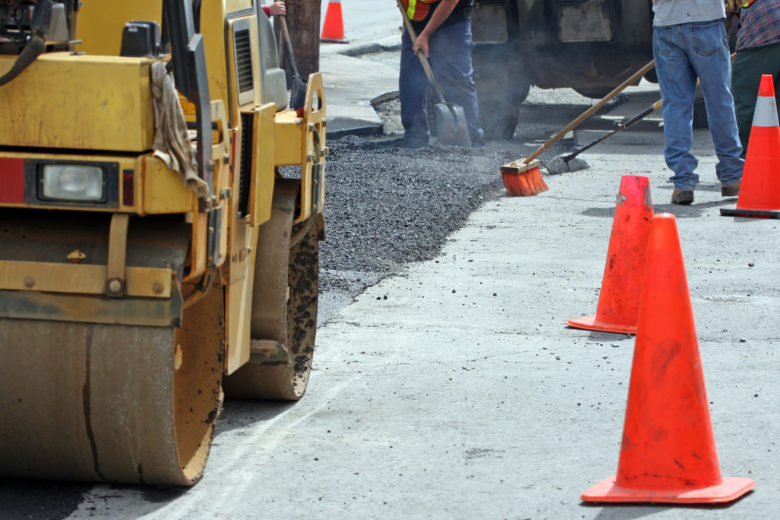 Anyone who works in hot weather or in hot conditions should familiarize themselves with early signs and symptoms of hyperthermia—overheating of the body. Because it’s not only about dealing with heat waves. From laborers on a construction site in the summer to people working in factory rooms kept at high temperatures, anyone can be affected by the heat. It’s important to know the common heat-related illnesses, how to identify them, and how to treat them.

When workers are exposed to extreme heat, they’re at risk of developing a heat-related illness. What’s more, because of such a demanding work environment, they’re also often exposed to increased levels of fatigue and dehydration, which could exacerbate their reaction to the heat.

Normally, the body is very good at regulating higher-than-normal temperatures by radiating heat through the skin or through sweat evaporation. However, when a person’s body temperature rises to 104°F or higher and they succumb to heat stroke, their body fails to sufficiently dissipate temperature, leading to life threatening situations. And if they are dehydrated, their body will be unable to produce sweat fast enough.

If left unattended, heat stroke can be fatal, cause neurological complications or lead to vital organ damage, and it’s critical to notice the signs early. These can include:

If heat stroke is suspected, call 911 immediately, remove the worker from the source of heat and attempt to cool the body by applying ice-packs or cool, wet towels on the neck, armpits and groin. Other important steps to reduce heat stroke include using a fan, and misting or wiping the affected person with cool water or even spraying them with a hose until emergency services arrive.

Some individuals can develop symptoms of heat stroke suddenly and without warning, which is why preventative measures such as regular hydration and frequent breaks are so important. In addition, Employers should educate workers on the common signs of heat stroke and encourage them to look out for their colleagues.

Heat exhaustion happens when a person loses too much water or salt from their system. The affected person’s body temperature is usually higher than 98.6°F but lower than 104°F. Symptoms can include:

If heat exhaustion affects someone at a work site, medics should be called and the worker should be taken to a cool area and given cold liquids to drink. Wet cloths should also be placed on their forehead and around the back of their neck.

If left unattended, heat exhaustion can progress to heat stroke, so it shouldn’t be ignored or taken lightly, especially when the person stops sweating, becomes confused and their temperature rises.

Heat-related fainting, or heat syncope, often results from physical exertion in a hot environment. In an effort to cool itself, the body causes the blood vessels to dilate, which restricts blood flow to the brain. Inadequate hydration can greatly contribute to this illness.

Fainting can occur when workers are unable to acclimatize to the heat or are exposed to extreme temperatures with insufficient time for the body to adjust. (Fainting can also be an early sign of heat exhaustion or a heat stroke.) Symptoms of heat syncope can include:

Those affected should be made to lie or sit down in the shade or a cool area and re-hydrate. Their feet should be elevated and the worker should also be examined to see if they exhibit more severe signs of heat stroke or heat exhaustion.

But preventative measures are just as important and those in charge should check in with workers throughout their shift to see if they’re feeling lightheaded. Employees should always have adequate access to shade or cooler areas and hydration.

Heat cramps are painful, involuntary muscle spasms that usually occur during—or sometimes even several hours after—heavy exercise or work in hot environments. Although any muscle group can be affected, those most often hit by heat cramps are calves, thighs, arms, abdominal wall and back.

Workers who sweat a lot and who don’t re-hydrate or replenish their electrolytes are at a higher risk of heat cramps. So are those who haven’t been given enough time to adjust to the heat when entering from cooler environments.

If heat cramps occur at work, it’s important to allow workers to rest and cool down, and to encourage them to drink liquids (preferably that contain electrolytes). Workers should also stretch gently and massage the affected muscles. If their condition improves, they should be allowed to perform lighter duties for the rest of their shift and avoid strenuous activities.

Heat cramps can easily progress to heat exhaustion and heat stroke, so affected workers should be monitored closely.

When sweat becomes trapped beneath the skin’s surface, it can cause mild inflammation that results in a rash. This happens when sweat ducts become blocked and sweat has no way to evaporate. It often occurs on skin areas where air cannot circulate freely, such as skin creases or areas covered with tight clothing. Heavy clothing, oily lotions and adhesive bandages can also cause sweat to accumulate on the skin and lead to a heat rash.

The rash usually appears as reddened skin with tiny blisters, but it can be divided into four types:

Milder types of heat rash usually fade when the skin is allowed to cool. Medical treatment is necessary only if the area becomes infected. Symptoms such as heat rash can progress to heat cramps, then heat exhaustion and finally to heat stroke, so affected workers should be monitored.

Heat stress is a hot topic

When approaching heat-related illnesses, it’s important to start with prevention and encourage workers to increase their fluid intake and ensure water breaks are given regularly throughout the work shift. Workers should wear appropriate clothing and sunscreen, and be allowed to acclimatize if they’re just starting their shift or entering a hotter environment from a cooler one. Furthermore, those in charge must allow for sufficient recovery time in cool areas.

Hyperthermia can be extremely dangerous and it’s important to be on the lookout for any symptoms or signs of heat-related illnesses. But knowing the symptoms and their treatment is not enough, which is why it’s also important to focus on prevention. Workers should be trained and made aware of heat-related illnesses and the harm they can cause. Proper training and education is a proactive method that will keep employees safe, alert and aware.

Bad Side of Town: Avoiding the Life of Danger at 2018 OSHC
What You Need to Know About SDS in HazCom Standards