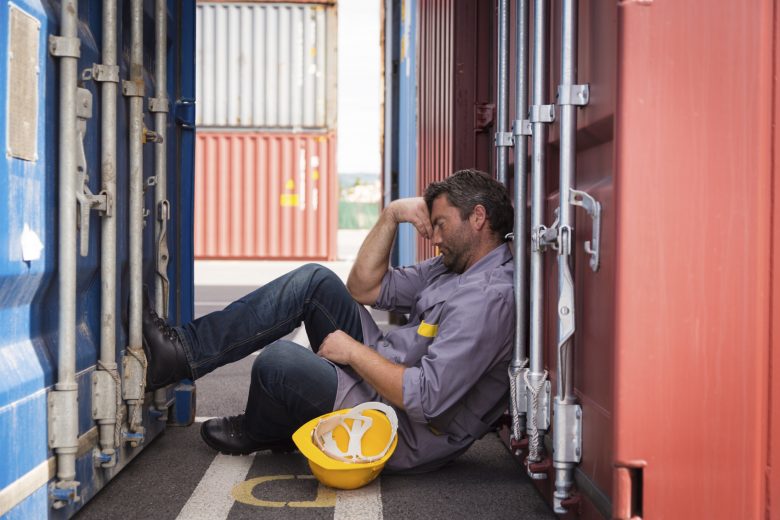 Droopy eyes, slower movements, long blinks—the symptoms of fatigue are easy to recognize in others. So why do so many people have a tough time recognizing when their own behavior is compromised by tiredness?

The prefrontal cortex, an area near the front of the brain responsible for logical reasoning and complex thought, seems particularly vulnerable to sleep deprivation. Experts think this may explain why people typically have such a hard time recognizing their own fatigue and level of impairment. Like the drunk driver who thinks he or she is just fine to drive, the tired driver is not always the best judge of his or her ability to operate a vehicle safely.

The part of the brain that determines whether we’re sleepy or lets us know that we’re performing poorly because of fatigue is affected by sleepiness. In short, fatigue shuts down our ability to recognize we’re fatigued.

Another problem is that many of us are able to perceive when we are fatigued but then discount the dangers it presents to us. It’s easy enough to see how it affects others, but in the moment it becomes difficult to recognize how much our own tiredness increases our risk of injury. How else could you explain why almost everyone drives while drowsy at least occasionally, despite the fact that sleepiness can have the equivalent effect of being legally drunk?

Here’s how you can help employees recognize the threat:

Even office workers can be subject to fatigue that affects their performance at work—and that can even lead to serious injury. Check out our free on-demand webinar on fatigue.