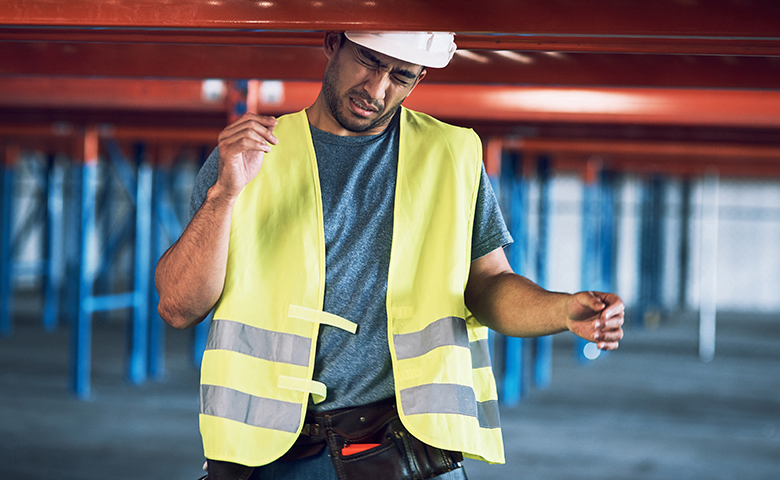 The word “concussion” is familiar to most people. But just because the word is familiar doesn’t necessarily mean that people fully understand what a concussion is. By definition, it’s a traumatic brain injury but the level of severity varies from case to case.

The Journal of Rehabilitation Medicine determined that 70–90% of all treated brain injuries are mild. And that doesn’t factor in the large percentage of unreported mild brain injuries. Because they’re so common, people have become complacent about the risks. And since concussions are an invisible injury (you can tell someone has a broken arm by their cast but concussions are not as obvious) people tend to underestimate their severity.

National Concussion Awareness Day is recognized by the Brain Injury Association of America and takes place every year on the third Friday of September. The purpose of the day is to bring more discussion around concussions and lessen the complacency that surrounds them. That complacency causes people to discount how serious concussions are to the point that they don’t even think that they’ll happen.

Falls that include head trauma (or being struck in the head) are the most common cause of concussions. But a blow to the head is not the only cause of concussion. Anything that causes the brain to move inside the head and collide with the skull—including an impact to the body that creates a whiplash effect—can cause a concussion. One of the greatest misconceptions is that all concussion sufferers lose consciousness.

Symptoms can be delayed for a couple of days and are hard for some to recognize because concussions don’t feel the same from one person to the next. It’s also worth noting that if you’ve had a concussion before, your first concussion may feel different from your second.

Headaches are the most common symptom. Other symptoms include feeling dazed or foggy, forgetfulness, confusion (the person might even forget being injured), trouble with vision, light and sound sensitivity, ringing in the ears, irritability, fatigue or trouble sleeping—but there are many more symptoms that coincide with concussions, which adds to people not taking them as seriously as they should.

Most people recover from a concussion in seven to ten days if they take the right steps. This is another reason why people have become so complacent about the severity of concussions: in addition to being an invisible injury, the recovery time is often quick. But once concussed, there’s a greater risk of becoming reinjured.

It’s important to seek immediate medical attention for a suspected concussion if there’s a loss of consciousness for more than 30 seconds, you’re unable to wake the person up, there’s loss of arm/leg functions, convulsions or seizures, repeated vomiting, slurred speech, the ringing in the ears won’t go away, or the person appears pale for more than an hour.

There are many ways to reduce the risk of concussion, the first being human factors training to develop personal injury skills within your workforce to prevent the actions that lead to concussions.

Next, remove any slip, trip or fall (STF) hazards—ensure walkways are clear of clutter, cords, water, or anything else that can cause an STF that could lead to a concussion. If the floor surface is wet, use the proper signage to alert people coming to the site.

The correct PPE (hardhats, footwear, fall protection) might not prevent a concussion but it could lessen the severity and should be used accordingly.

Knowing the causes and symptoms involved in a concussion is one of the ways to aid in recovery and ensure complacency doesn’t diminish the perceived risks. And knowing what can be done to prevent concussions in the workplace will go a long way to do just that. Concussions make a great toolbox topic timed around National Concussion Day. With school and youth sports coming back in session, it’s also important for everyone to be aware of the causes and symptoms of a concussion to maintain safety, not just in the workplace, but to take that information home to protect their loved ones 24/7.

There are a number of excuses that employees give for not wearing their PPE, but what happens when the excuses aren’t just excuses? This short webinar identifies some of the reasons PPE fails, provides solutions to getting employees to wear it, and outlines the essential elements of a PPE program.