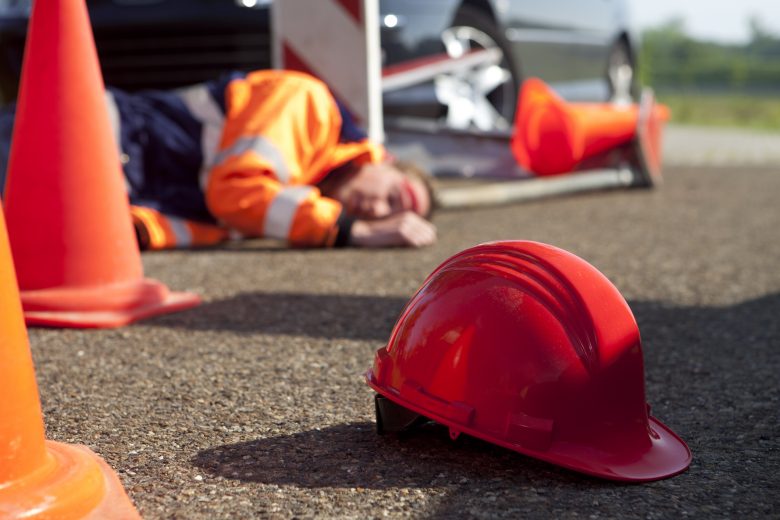 April 3–7 is National Work Zone Awareness Week, an annual campaign held at the start of the construction season to reiterate the importance of driving safely through construction work zones.

There’s no question that being a flagger, signaller or traffic control person at a construction site is one of the most dangerous jobs in the world. The purpose of the flagger on a construction site is to direct traffic and keep motorists, pedestrians and the other workers on the worksite safe. This job is so important that it’s one of the only positions required solely for compliance reasons.

Drivers become easily frustrated by construction slowing them down. They often take it out on the flag person with angry comments or gestures—and in some instances, it has gone as far as the flagger being struck by the vehicle. That frustration can also turn into excessive speed through the work zone, putting the lives of the drivers and anyone in the vicinity of the work zone in danger.

Distracted driving is another factor that puts construction workers at risk. There is very little room for error when driving through a construction zone and even a moment’s distraction can cause a driver to hit someone or something.

Not only do they need to worry about the drivers on their cellphones, but they can become distracted themselves. It can be a boring job—standing all day, in the hot sun or in the pouring rain, without much interaction from anyone (unless you include the rude gestures from the passing drivers). The temptation to pull out a cellphone or let one’s mind wander is huge. And when flaggers lapse into distraction, they’re less likely to notice potential hazards such as passing vehicles or construction machinery. They may also inadvertently expose themselves to oncoming traffic. Their focus could easily save a life like Tim Wise did in Maricopa County.

Even if your organization doesn’t employ a single flagger, National Work Zone Awareness Week is a great opportunity to remind your employees to take their time. A few extra minutes could keep them and those on the worksite safe. It can also make them safer as they drive through road construction zones when they’re off the job.