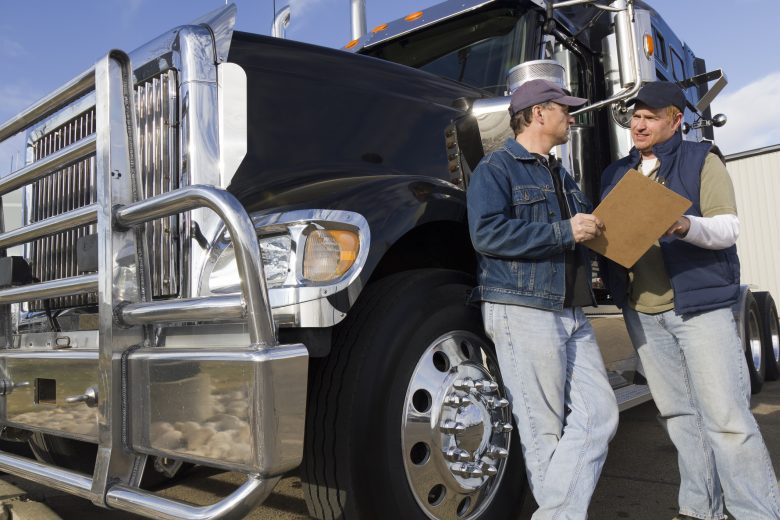 Workers who drive for a living have a long list of extra considerations to keep in mind when they enter their vehicle each day. They also face a number of challenges associated with driving for long periods of time. If you work in the transportation industry, and especially if you’re responsible for fleet safety, it’s important to keep in mind five common issues that can pose hazards to driver safety.

Driving without awareness and distracted driving

When attention goes down, the chances of a car crash go up. According to the Virginia Tech Transportation Institute, distracted drivers are nearly 3 times more likely to be involved in a collision than attentive drivers. Having one’s mind on task is crucial—and it can be difficult to stay concentrating after hours of driving.

Distracted driving is also caused by multitasking. Basic, attentive driving requires drivers to steer, monitor speed, brake safely, and watch for other vehicles. Trying to do anything else, such as talking on the phone or even letting your mind wander, takes your attention away from the road and its dangers.

The old adage “keep your eyes on the road” is only part of the issue—drivers must mentally register what they see. Experienced drivers may be safer in some ways, but they’re also more likely to go on autopilot and react automatically to external events without awareness. This leaves a driver unable to react to sudden events like unexpected lane changes or rapid traffic slowdowns.

Any discussion of driving distractions isn’t complete without noting the potential dangers of technology for drivers. GPS, Google Maps and car radios can cause drivers to take their eyes off the road. But by far the biggest culprit is the phone. In 2010, an estimated minimum of  1.1 million crashes involved talking on cell phones. Studies have shown that occupied hands play a smaller role in driving accidents than distraction, which is a far more serious risk. So just because a driver has both hands on the wheel doesn’t mean their mind is going to be focused on driving.

Slips and falls are a huge problem in the transportation industry, especially during the winter months when ice and slush coat roads—and vehicles. Drivers must be especially careful and use three points of contact when entering or exiting their vehicle. And keep in mind that even though they’ve climbed those steps thousands of times, slippery surfaces don’t discriminate based on the number of years on the job. (One of the best ways to reiterate this key point is with a toolbox talk that focuses on the exact issue.)

Many trucks are equipped with several anti-slip features, but these typically fail to eliminate the problem. That’s because slips, trips and falls are caused by both physical and human factors. If drivers are rushing to get into their truck or tired after a long day on the road, they’re less likely to hold onto the handrail or test their footing before exiting the vehicle. And experienced drivers are apt to lapse into complacency. The more comfortable you are at performing a simple task—like entering and exiting a vehicle—the less attention you give it. All of these factors add up to a number of slips-related injuries for truckers.

Most trucking companies make walkarounds mandatory, but not all of them actively monitor employees or provide them with the supervision and support required to get in the habit of conducting walkarounds. Positive reinforcement and building a culture of personal responsibility can foster a sense of pride in your workers knowing that they’re doing their jobs properly and safely. This way, they will be more likely to want to take greater responsibility for their truck, their own safety, and other drivers on their team.

Even when walkarounds are conducted and potential issues are noticed, time, money and complacency can put off important fixes until the next trip and by then it could be too late. Truck maintenance issues that are left until later could also easily be forgotten if left undocumented or uncommunicated. Systems and checklists can help if there’s a shared responsibility to complete and review them.

Many companies with extensive fleets conduct driver safety training. But when people feel rushed or annoyed by other drivers, they’re more likely to ignore their training, take unnecessary risks, or forget that driving is an extremely risky activity.

A person’s state of mind can lead to aggressive or careless driving, and cause collisions in company vehicles. As the webinar discusses, one of the big states of mind that can cause problems for drivers is frustration—road rage. The key to safer driving is in teaching people how to maintain focus when adverse states like frustration arise.

If you train your employees to recognize the human factors involved in dangerous driving you could get one step closer to reducing car crashes in company vehicles. Adding human factors to your safety program will help your drivers overcome risk-increasing states like frustration when they’re behind the wheel.

One of the most dangerous states for a driver is fatigue. Fatigue is often brushed off as a normal state of affairs that you endure with a bit of willpower. But when drivers become fatigued they’re not “just tired”—they’re dangerously handicapped by physical and mental changes.

It takes commitment to deal with these issues, and there’s no easy solution. But one way to begin solving several of them at the same time is to look into human factors safety training. Providing a course dedicated to giving workers the ability to avoid dangerous mental states and reduce human error while driving can go a long way to combat these transportation safety issues. There may also be scheduling changes that can cut down on the amount of rushing, frustration and fatigue that drivers experience—though keep in mind there’s no replacement for classroom training that improves driver safety skills and awareness.

Failure to recognize changing environmental and road conditions, accidents, or reduced visibility can all stem from driver inattention and complacency. When temperatures dip, it starts raining or the snow begins to fly, drivers need to recognize the increased risk and adjust their driving behavior accordingly. Speed, following and braking distance, signaling, and lane changes should all be considered. Drivers should also know when it’s time to pull over and wait it out or find an alternate route.

The best way to help drivers adjust to constantly shifting road conditions is to build up their skills at triggering on change. Fortunately, even the time of day marching forward on the dashboard, clouds rolling in or the sun setting in the distance can all be triggers for drivers to do a quick vehicle information check and a review of their personal state of mind. Are they getting tired? Are they pushing the speed limit a bit much? Is it time for a break? Recognizing change in the environment can also help people recognize change in their behavior if they are trained to do so. When they hear their tires hit the rumble strip on the side of the road, they need to ask themselves why. Was it the wind? Or was it them? In most cases it will be inattention or fatigue. If they hit it a second or third time, it’s likely time to pull over before it’s game over.