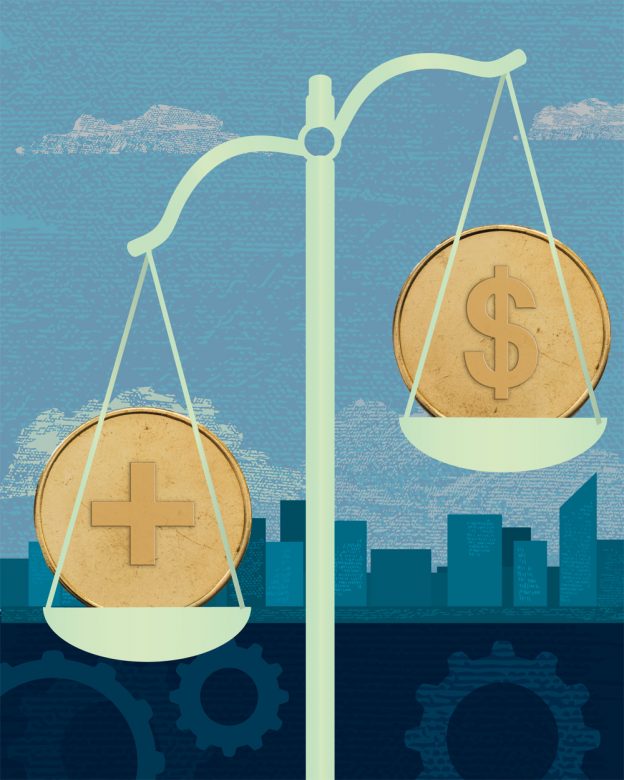 This is an adapted excerpt from the article “The Other Side of the Coin” by Danny Smith originally published in the April 2015 issue of Occupational Health & Safety.

Workers’ compensation is essentially no-fault insurance that is provided by employers to cover injuries and illnesses that arise out of or in the course of employment. The exact rules and resolution of cases can vary slightly because they are set by state law (with the exception of some specific industries covered by federal statutes), but the methods used to determine WC premiums are generally consistent from state to state.

The amount an employer pays in premiums is based on several components, including the type of industry the employer is a part of, the specific nature of an employee’s duties, and the physical work location. These are factored into actuarial tables—the inner workings of which most of us mere mortals could not begin to fathom—to determine expected losses. This formula determines the rate to be paid per $100 of payroll.

At the end of each policy year, the company’s actual losses are compared to the expected losses to form a ratio called the experience modifier. (There is some weighting into frequency and severity of claims, but let’s leave that up to the actuaries.) The modifier is calculated with a three-year rolling average that excludes the previous year, so 2014 premiums are based on actual versus expected loss data from 2010, 2011, and 2012. For all employers, this experience modifier begins at 1.00 (or 100 percent) and moves up or down by percentage based on the rolling average. This modifier is then used as a multiplier to determine the premiums due.

If an employer’s injuries in the three-year rolling average were higher than expected, then the modifier climbs. As an example, let’s say this goes up from 1.00 to 1.29. This would mean the employer has to pay an extra $0.29 per dollar of premiums. If the premiums are originally $100,000 annually then the employer just lost $29,000 off the bottom line due to its higher injury rate!

The good news is the modifier can also drop below 1.00, which would result in a premiums credit. If we had the same 0.29 swing again, but this time because the actual losses were less than the expected losses, the modifier would drop to 0.71, which would represent $29,000 of savings based on the original $100,000 in premiums. As you can imagine, the overall cost of a safety initiative or training process is certainly much lower once you factor in workers’ compensation premiums savings.

Read the full version of “The Other Side of the Coin” by downloading it for free here.