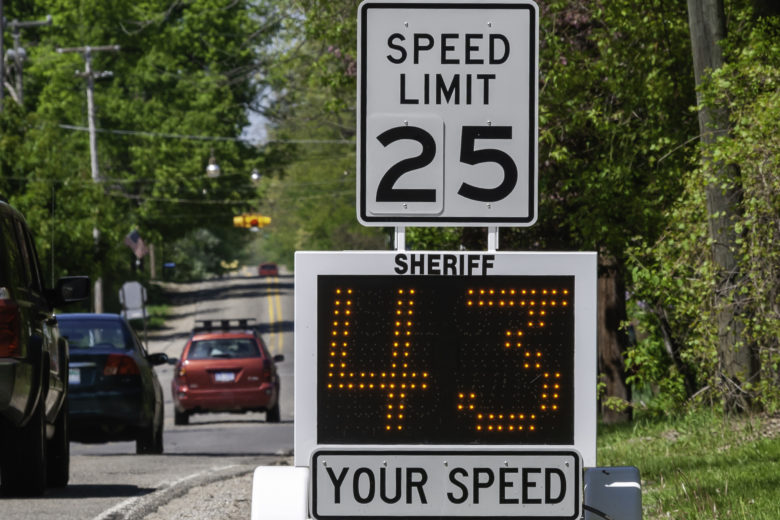 The majority of households in North America own at least one car and driving is a daily activity for most people. In fact, driving is so normal that it becomes a routine performed with minimal concentration. And that can lead to all sorts of dangerous actions behind the wheel, like texting, eating, daydreaming. But amid these well-known concerns lies a relatively overlooked phenomenon: velocity renormalization.

When drivers leave a highway and have to merge with slower traffic, their perception of normal speed is altered and they often unconsciously misjudge their own speed. This also works in reverse. Someone who was moving slower can perceive a faster speed limit as being higher than it actually is.

The science behind it

George Mather, a Professor of Vision Science at the University of Lincoln, led a study into this subject, concentrating on the adaptation effect. The study looked into a person’s perceived norms of how fast something goes or should go after having experienced short periods of exposure to different speeds.

After watching a slowed-down video of human movement, participants in the experiment were then shown normal speeds, which they perceived to be unnaturally fast. They required the natural-speed video to be slowed down for it to appear “normal”.

The effect on drivers

This is exactly what happens to a driver’s brain after they drive at a certain speed—they will be prone to misjudging their velocity and, for example, approach a highway exit ramp too fast. It can take time to mentally make the transition from faster to slower zones (or vice versa), so it’s important for drivers to double-check their speed when moving from one speed limit to another.

Because driving is so routine and natural for most people, it’s sometimes easy to forget that it’s a dangerous activity involving thousands of pounds of metal moving at high speeds. As Professor Mather’s research shows, drivers are also affected by a variety of effects that can alter their perception. All those factors add up and over 37,000 people die in car crashes in America every year—that’s over 100 a day.

But this gap between real and perceived risk can be a contributing factor in over 9,000 deaths from speeding-related car crashes as well as many other serious injuries and fatalities where people are interacting at varying speeds—pedestrians and forklifts, conveyor systems or other moving equipment.

Driving is an activity that always deserves undivided attention and concentration. And that includes checking the speedometer to ensure that the speed the driver perceives is indeed the one intended. The indicators are on the dashboard for a reason and checking them regularly should be a habit. In particular, whenever changing speeds, drivers should double-check if they perceive them correctly.