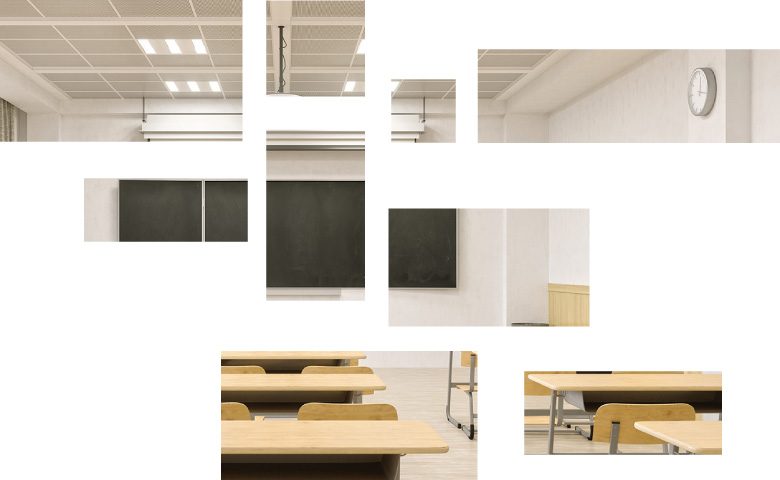 Imagine how you would feel if you were (finally) given golf lessons after you had already played 85–90% of the golf you were going to get to play this lifetime?

But, I don’t know if you’ve noticed, those other guys have been busy. They must have managed to do a safety training session for almost everybody on the planet and they must’ve managed to do a pretty bad job of it too, because why else would everybody (or pretty much everybody) always try to get out of safety training whenever they can? This is especially interesting or ironic when you consider that nobody ever wants to get hurt. I mean, it’s not like we’re trying to make them take piano lessons when they don’t like music, or forcing the millwrights to take ballet when they don’t want to wear the tutu. Everybody does want to go home the same way that they came. So why?

Well, perhaps it isn’t the “safety” part of the training that they mind so much, it’s the “nothing new to learn” part they object to. Imagine how you would feel if you were (finally) given golf lessons after you had already played 85–90% of the golf you were going to get to play this lifetime?

Now, compare that to how you’d feel if you were given the lessons when you still had 85–90% of your games left to play. Understandably, there would be more resentment from the folks who only have 10–15% left.

And, isn’t that what happens to people in terms of when they get safety training. Think about it. How old would you have been by the time you had already experienced 85–90% of the injuries—the total number of injuries—you were going to experience this lifetime? Keep in mind that little kids (ages 2–8) get hurt—in terms of a visible cut, bruise or scrape about 15–25 times per week or 80–100 times per month.

Eventually, of course (because the pain is motivating) you, me, all of us, started doing a better job with eyes on task, mind on task, line-of-fire, and balance, traction or grip. But not until we managed to sustain thousands and thousands of minor injuries.

However, even though we’ve all improved about 5000% from the time we were children (15–25/week vs. 15–25/year as adults—See Figure #1), we have also been increasing the amount of hazardous energy we get to play with and eventually work with. We learned how to ride a two-wheel bicycle, we got to go out on the lake with the little aluminum boat, then snowmobiles, trail bikes and eventually, at around 16 or 17, we get to drive the car.So, if you look at the amount of hazardous energy we get to work with or play with over time, it looks something like what you can see in Figure #2.

And, when do we finally give them some safety training? After they’re 25. No wonder they’re only so keen.

However, there are ways to overcome all of this. Or, if you will, there are strategies we could use to get them more interested.

Granted, it’s not going to be easy to get people fired up about safety if the statistical likelihood that they’ll ever experience another serious injury is very, very low—but if we explain all of this to them, it’s very likely that they would be highly motivated to teach their kids how to avoid that period from 15–25 when most serious injuries or fatalities occur. But we would have to have more to offer them besides “be careful” and “don’t” (which is what we grew up with).

To this end, there is more available now in terms of personal injury prevention or critical error reduction technology than ever before.

This technology differs from conventional “how to” type safety training in that it doesn’t focus on the type of activity or work and the specific hazards associated with that activity. Rather, this technology focuses on human factors or states that lead to injury causing errors like eyes not on task or mind not on task.

In all, there are four critical errors that can increase the risk of contact with some hazardous energy. There are also only four states that cause the vast majority of these errors.

The state to error risk pattern shown in Figure #4 (above) is involved in over 90% of all serious acute injuries—on- or off-the-job (excluding contact sports). Teaching people about these state to error patterns is just one of the things they need to learn. All in all, there are four critical error reduction techniques. See Figure #5.

Teaching employees these four critical error reduction techniques has helped over 1,000,000 adults in over a dozen countries reduce workplace injuries 50–90% in two years. How much more effective would it have been if they could’ve learned these techniques before they hit that high risk/high injury period from 15–25? If we could get the employees to teach these concepts and techniques to their children, if we gave them the tools they need to be able to teach these concepts to their children, we might be able to get them more interested and more involved in safety and accident prevention.

If they got more involved with teaching their children “how to be careful” instead of just saying, “be careful”, it would also help to keep safety—their safety—in mind when on the job. In other words, it would be the classic win-win. They would be safer at work because they were trying to teach these concepts to their kids and they would also be more interested in safety and safety training than they would be if it was just about them and their safety.

Larry Wilson has been a behavior-based safety consultant for over 25 years. He has worked with over 500 companies in Canada, the United States, Mexico, South America, the Pacific Rim and Europe. He is also the author of SafeStart, an advanced safety awareness program currently being used by over 2,000,000 people in 50 countries worldwide. 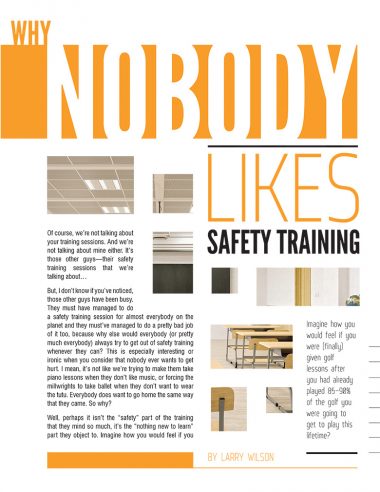