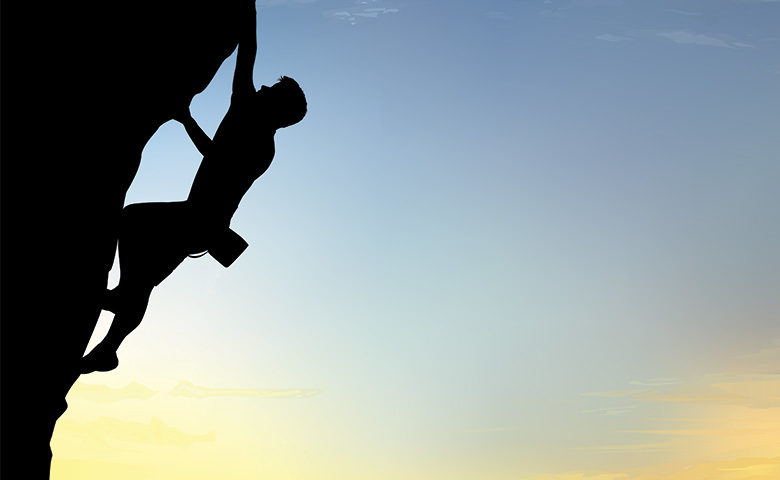 A version of this article by Rodd Wagner first appeared on Forbes.com under the title “The Seven Lessons From ‘Free Solo’ On Working Without A Rope”.

“Would putting me into the equation ever actually change anything?” she asks. “Would you actually make decisions differently?”

“If I had some kind of obligation to maximize my lifespan, then yeah, obviously I’d have to give up soloing,” the climber replies.

She presses the point. “Is me asking you – do you see that as an obligation?”

“No. No,” he bluntly replies. “But I appreciate your concerns,” Honnold continues, cracking a smile. “I respect that, but I in no way feel obligated, no.” 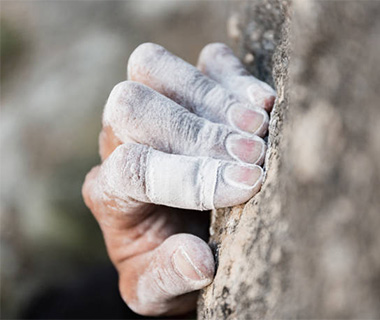 Honnold did not. He was prepared for the possibility he would die in the attempt to become the first person to scale Yosemite’s El Capitan without a rope. If he had fallen to his death, it would not have been the kind of accident that safety professionals work every day to prevent.

It’s a level of risk that prompted Clif Bar & Company, which features a climber (harnessed and tethered) on its packaging, to withdraw its sponsorship of Honnold and several other climbers in 2014. Those adventurers were, the company said at the time, “taking the element of risk to a place where we as a company are no longer willing to go.”

But compartmentalize the missing rope under Honnold’s peculiar appetite for risk and the rest of the endeavor is a remarkable case study in preparing for and executing a level of performance free of life-ending flaws. The threat of death exacted an impressive level of discipline in the climber and the film crew from which personal-protection-wearing people can learn. If everyone treated his or her most dangerous times with anything approximating Honnold’s level of focus on El Capitan, the accidental death rate would markedly decline.

As every safety professional knows, PPE is the last line of defense after design, planning, or situational awareness fail. It’s no guarantee. It’s a substantial tilting of the odds in favor of the person wearing it. There are forces and substances more powerful than the PPE at nearly every worksite, person’s house, and places where we spend time off.

These are the lessons from Honnold’s ascent that translate directly to working, traveling, or recreating in any hazardous environment.

The climb was more preparation than performance. Honnold climbed El Capitan roughly 50 times in the decade before his free soloing of the rock formation on July 3, 2017. While he is famous for the ridiculously fast 3-hour, 56-minute ascent, 99 percent of Honnold’s time on the wall was spent roped up, practicing the route. Knowing where and how to move was the culmination of hundreds of hours on that granite in advance.

Know the terrain. Having spent that much time on El Capitan, Honnold became intimately familiar with its features, especially the small cracks, nubs, indentations and edges he used to maintain a hold on the rock.

99% of Honnold’s time on the wall was spent roped up, practicing the route.

After a day spent working through a particular difficult area named the Boulder Problem, Honnold described the sequence to a friend: “Left foot into the little thumb sprag crack thing. Right foot into this little dimple that you can toe in on pretty aggressively so it’s opposing the left hand, then you can, like, zag over across to this flat, down-pulling crimp that’s small but you can bite it pretty aggressively. I palm the wall a little bit so I can pop my foot up and then reach up to this upside-down thumb sprag crimp thing.”

After it rained in the days before the ascent, Honnold rappelled down the rock face to ensure chalk marks he placed to guide his feet were still there and no wet spots would threaten his grip or footing. How many of us map the details of our future challenges that well?

Control the risks you can; anticipate the risks you can’t. It seems counterintuitive that a guy whose most famous climbs have been with no protective gear has something to teach about reducing the risks. But because Honnold did not want to die, everything else about the ascent is a study in minimizing the hazards that can be controlled, from the climber’s mental and physical conditioning to the choice of day and weather. For example, before the solo attempt, Honnold and fellow climber Conrad Anker ascended 1,500 feet up El Capitan with backpacks to remove from a crack rocks that could come loose during the solo attempt. 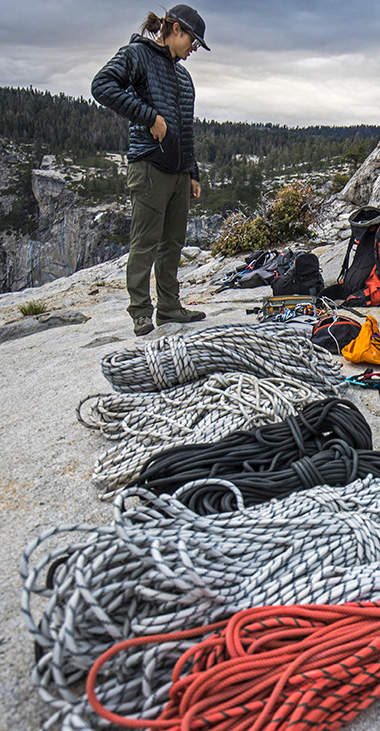 The film crew took pains to ensure their presence did not increase the dangers. At the Boulder Problem, they set up remote cameras to give Honnold more space. “I’m aware that a camera changes the dynamic in some small way, and when the margins of success and failure are very, very thin, you just don’t know what it’s going to be that might tip the scales,” said climber and film co-director Jimmy Chin. “Part of being a professional climber is identifying and acknowledging the risks, assessing them, minimizing them and then moving on.”

In a previous, roped climb of the same route he soloed, Honnold sliced open his shoe on a sharp piece of rock. “I climbed the whole rest of the route with this big, flapping hole in my shoe. That kind of thing, it’s important to think about,” Honnold told ultrarunner Rich Roll in a March 2018 interview. “You may not be able to control them, but at least think them through, so that if they happen, it’s not like ‘Oh, no!’”

Turn around when it’s not right. Honnold did not make it to the top on his first try. As shown in the film, he set out on an early morning in November 2016 to conquer the rock face. He only got a few hundred feet into the climb before he turned back, using a series of fixed ropes to return to the valley floor. We’ll never know whether he simply delayed his accomplishment by seven months or preserved his life.

Seek mastery, not luck. Honnold free-soloed Yosemite’s Half Dome in September 2008 with nothing like the preparations he made for El Capitan. “I didn’t really know how to prepare for a potential free solo, so I decided to skip the preparations and just go up there and have an adventure. I figured I would rise to the occasion, which, unsuprisingly, was not the best strategy,” Honnold said in an April 2018 TED Talk.

On a giant, slightly-less-than-vertical slab near the summit, he came close to falling. Although he completed the climb, it was not the experience he wanted. “I was disappointed in my performance because I’d gotten away with something,” he said. “I didn’t want to be a lucky climber. I wanted to be a great climber.”

Practice creates confidence. Honnold said he memorized the route and his moves so methodically as to “remove all doubt,” making “everything feel automatic” and ensuring “no possibility of error.”

There’s a chunk of hindsight bias and selection bias in those kinds of statements. Free soloists who have fallen – of which there are quite a few – don’t give interviews. There is nonetheless a universal truth in how the climber’s belief in himself was grounded in his obsessive rehearsals.

“When you were on the wall, was there any misstep along the way or did you just execute as you envisioned?” Roll asked him.

“Yeah, everything was perfect,’ said Honnold. The weather was overcast and a bit muggy. “Part of me was like, ‘These are not perfect conditions,’ but then I’m like, ‘Who cares?’ I’ve climbed on the route in so many different conditions, I was like, ‘It can be 10 degrees warmer, it can be slightly humid. That doesn’t matter.’”

I knew exactly what to do the whole way. A lot of handholds feel like old friends.

In his first interview after he’d reached the top, Honnold said, “There was no uncertainty on this. I knew exactly what to do the whole way. A lot of the handholds feel like old friends.”

“Baked into that,” said Roll, “is an appreciation for the hard work and the level to which you’ve completely devoted yourself to this pursuit, not just El Cap but climbing in general in a culture in which it’s all about hacks and shortcuts.”

Honnold lit up: “That stuff drives me crazy – that idea of, ‘What’s the ‘life-hack to mastery?’ By definition, mastery takes years and years. You don’t just ‘life-hack’ it… If there were an easy way to do it, then everyone would do it… Some things just require time and work and effort.”

Eventually, personal protective equipment will save you or the lack of it will kill you. Honnold never says anything like this in the film, but filmmaker Chin does. “If you keep pushing the edge, eventually you find the edge,” he remarks. From Paul Preuss in 1913 to Angus Moloney in 2015, free soloists sometimes die in their pursuits.

“Angus was a skilled climber, but he didn’t have on a helmet. It was an accident. I think young men, especially in their 20s, feel invincible,” Moloney’s mother, Jean Palmer-Moloney, told the Daily Camera in Boulder after his death. “But they have to know that they need to be safe.”

Rodd Wagner is a New York Times bestselling author, a columnist for Forbes, and an executive advisor at SafeStart. His most recent book is Widgets: The 12 New Rules for Managing Your Employees As If They’re Real People. He is currently completing a book on avoiding the mental mistakes that occur immediately before fatal accidents. 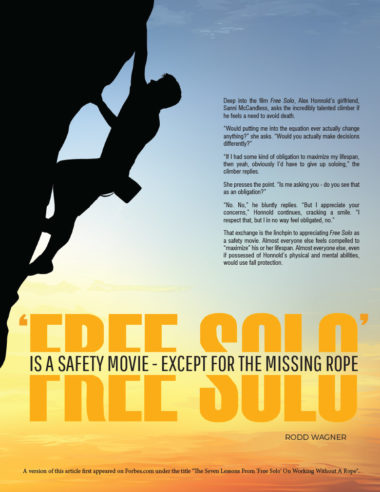