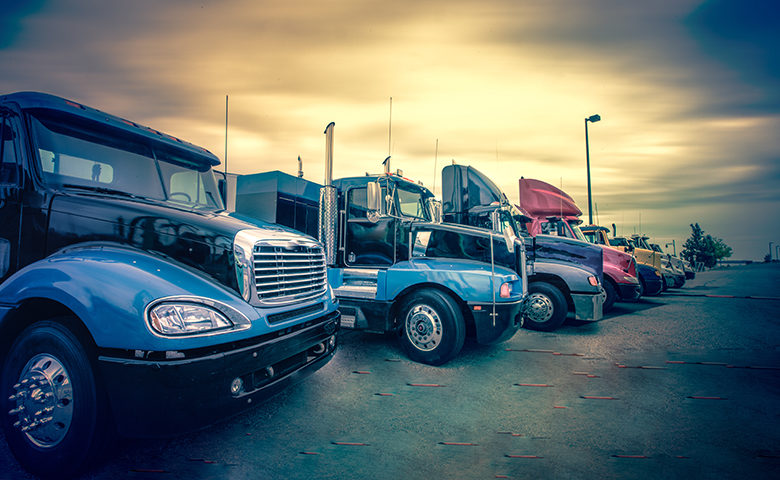 Almost everything we buy is shipped to stores via trucks. Trucking and transportation is a demanding—and essential—job, often performed in unsafe conditions and regularly resulting in a number of health conditions for drivers.

Despite the economy’s reliance on truck drivers, some transport routes lack the appropriate number of rest areas, resulting in truckers driving for long distances without rest and becoming fatigued, or parking in places that are not suitable or safe. This means that truck drivers can be at risk even when resting.

Truckers have always been aware of this problem, but it wasn’t until Jason Rivenburg’s death that the general public learned how serious it is. Jason was murdered at an abandoned gas station where he’d parked his truck to sleep. The killer stole $7 in cash. Jason’s Law, named in his honor, was passed in 2012—too late for Jason, but hopefully in time to save others.

Jason’s Law provides federal funding for the construction and restoration of safe roadside parking lots for truck drivers. The bill aims to allow for rest stations to be constructed along popular highways and defunct parking options to be reopened. Electronic parking information systems are also to be tested in eight states.

Among other initiatives, Jason’s Law projects include capital improvements to seasonal commercial motor vehicle (CMV) facilities so that they can operate year-round, as well as open existing facilities to CMV parking.

Beginning of the road

Jason’s Law is a move in the right direction. However, such large-scale projects take time and they don’t completely resolve the problem on their own. This was clearly shown by the U.S. Department of Transportation’s two truck parking surveys (the second one can still be accessed here) that provided an update on the progress of work completed.

Unsurprisingly, the first survey found that most states lacked truck parking capacity and that this was true especially for states along major corridors that see high truck volumes. Additionally, truck stop operators reported that most facilities were full at night and some were even full during the daytime.

The information obtained by the survey confirmed what’s been common knowledge in the trucking sector for a long time—until there are enough safe spaces for truckers to rest, employers in the transportation sector should do their best to help the drivers.

What can employers do?

First, employers should analyze the most tiring and dangerous routes and develop solutions that help truck drivers stay safe. This might mean encouraging truckers to stop and rest before they reach a long stretch of the road that has no safe areas to park in. Such a stop might not be legally necessary if the driver hadn’t been behind the wheel for too long and it could add to the transit time and the overall company costs. But it would also help prevent drowsy driving, reduce crash-related costs and ensure that drivers remain safe.

Employers could also negotiate with businesses that penalize drivers for arriving early with their cargo. Such policies force truckers to either drive around while waiting for the agreed-upon delivery time or try to find parking spaces nearby. The trucking industry and transportation companies should lobby for new, safe areas to be built in areas of concern, and should encourage public-private partnerships to further this goal.

Finally, transportation companies should provide human factors training to help workers better manage fatigue and other states that could affect their safety when they’re driving.

The industry’s hours of operation rules are not enough to keep drivers safe and well-rested. At the end of the day, if truckers don’t have safe places to rest or the ability to recognize when they need to take a break, regulations and traditional safety training are missing the point.