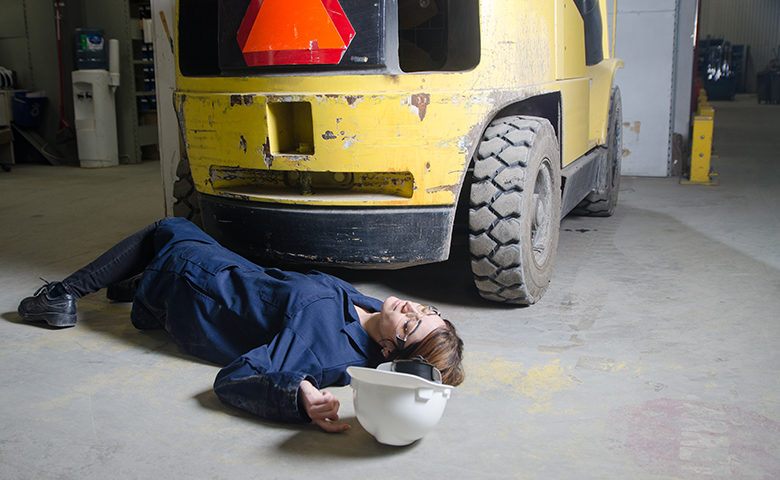 Distraction is a deadly mindset that isn’t paid enough attention. Hearing the word distraction often elicits images of people using their cell phones while driving (or walking or eating dinner—and the list goes on) when they should be paying attention to what they’re doing.

But distraction is not limited to using your cellphone behind the wheel, even though the NHTSA reported that 2,841 people were killed in distracted driving-related crashes in 2018 alone.  Imagine what that number would be if we were able to track all of the deaths that were caused by someone being lost in their thoughts or by people who generally didn’t have their minds on the task they were performing. But while companies are quick to ban cellphones as their solution, they don’t take the time to examine the wider occurrences or address the root problem of distraction.

Cognitive distractions, like things that are happening in someone’s personal life, can greatly impact their daily functions and inhibit their ability to concentrate. Other deadly cognitive distraction scenarios include a fear of something given mass attention by the media, like the 2001 anthrax scare. The media has been known to blow things out of proportion, sometimes causing mass hysteria in their wake.

More recently in the news, fatal distraction phenomenon—also known as forgotten baby syndrome—is garnering attention because of the unbelievable deadly consequences. Forgetting a child in the back seat of the car on a hot day is horrifying. But as the news highlights, it happens more often than you’d think possible. According to NSC Injury Facts, in 2018, a record number of 53 children died after being left in a hot vehicle, and nearly every state has experienced at least one death since 1998.

Distractions also abound in the workplace and can come from any number of sources. The effects of distraction can also be made worse by the presence of other human factors, especially complacency. This makes distraction a particularly challenging safety issue to contend with.

The good news is that our new online presentation can help classify distraction as a problem in the workplace. Focus on Distraction to Improve Safety Outcomes is a free webinar that pinpoints some deadly distraction trends like forgotten baby syndrome that are so common they’re considered phenomena. You’ll learn how human factors training can help manage the states of mind that contribute to distraction and help prevent any related incidents.

It is a clear and concise depiction of how to handle distractions—and it’s less than 15 minutes. In this webinar, attendees will learn how to zero in on distraction as a problem, including a practical review of the phenomena associated with distraction and what companies can do to protect their workers from distraction. It’s on-demand, so watch it when your schedule permits. Click here for more information.

Distraction is the underlying cause of most incidents. Learn how human factors training can help manage the states of mind that contribute to distraction and help prevent any related incidents in this short webinar.