SafeStart has once again made a significant contribution to the United Way (UW) campaign. For the 2019 fundraising year, $10,354.75 was donated by SafeStart to put towards United Way Hastings & Prince Edward’s $1,950,000 goal.

As seen pictured above, SafeStart staff gathered to present representatives from United Way Hastings & Prince Edward (UWHPE) with a giant cheque. Among those presenting were Angie McConkey and Brenda Braund Pittman, SafeStart’s UW ambassadors. McConkey and Pittman have been part of SafeStart’s UW committee since 2014, being appointed as ambassadors by United Way in 2018. They have been responsible for leading the campaign within the office and throughout the community. Money was collected via payroll deductions, corporate donations and special events planned by the ambassadors (with help from committee volunteers).

This year, SafeStart’s UW Ambassadors are passing the torch to a new committee—taking the reins are Amy Hutchinson (Chair), Sheree Carlisle, Tyia Grant and Jennifer MacMillan. 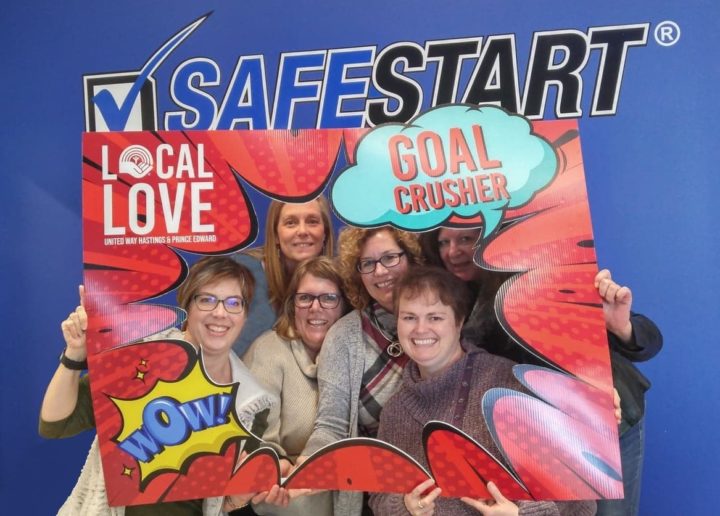 Being aligned with similar outlooks, both companies want to provide a safer environment for the people they serve. Because of this, United Way has been SafeStart’s charity of choice for over 20 years. In fact, UWPEH presented SafeStart with a certificate of appreciation recognizing the $126,726 dollars that have been donated by SafeStart employees over those 20 years through annual campaigns.

It’s not the first time UW has recognized SafeStart. SafeStart has been awarded “Outstanding Commitment to United Way” plaques three times. This recognizes SafeStart as an organization that goes above and beyond by weaving UW into their culture and demonstrating exceptional dedication to their own UW campaign.

How Do You Avoid Blaming When it Comes to Human Error?
How to Make PPE a Priority in Your Workplace