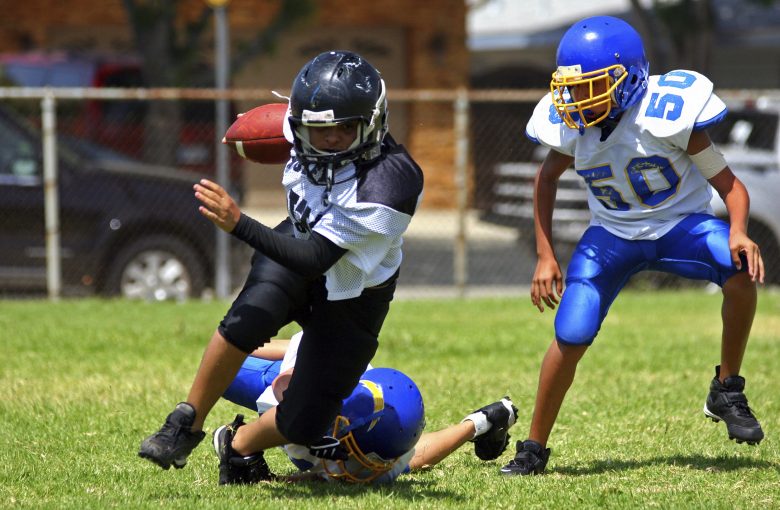 Summer is coming to an end and the school year is beginning again, and that means it’s time for after-school sports practice. But depending on which school children attend there might not be any teams for them to join.

Certain schools have banned footballs, soccer balls, baseballs, basketballs, lacrosse balls, and even dodgeball for fear that children will sustain an injury while playing with them. Some schools have even gone to the extreme of banning running games like tag, three-legged races or performing cartwheels unless under the direct supervision of a coach.

There hasn’t been a widespread adoption of these types of bans (at least not yet), and that’s a good thing because it’s questionable how much good they’re doing. These bans may reduce related injuries at these particular schools but it’s not teaching kids to play safely and avoid injuries—even though “teaching” is obviously what schools were built to do—and kids will inevitably play these sports at their homes and playgrounds regardless of school rules.

It’s like workplace safety. Workers have to wear PPE, but singly enforcing those rules does nothing to keep them safe off-the-job where most injuries occur. Instead, we need to teach everyone to look out for themselves and each other. Give adults motivation to wear PPE at home and give kids the ability to watch out for danger as well—on roads, at school, in sports and at home.

For the most part, injuries can be prevented—but not by putting children in a bubble. Keeping kids from participating in team sports also means taking away the valuable life lessons they learn by being on the team, like respecting the coach and accepting their feedback, how to work as a team and that you must practice in order to get better at something.

And the truth of the matter is that most of our injuries are caused from us not paying attention and losing our awareness of risk. Safety is a learned process and improving safety awareness can go a long way to making youth safer.

After all, banning things in the name of safety will limit what people can do but it won’t teach them how to be safer. Of course we should eliminate physical hazards wherever possible and provide adequate protection to people, but children and adults alike also need to learn how to deal with the dangers that can’t (or shouldn’t) be eliminated.

Human factors’ training is an example of how to make people safer in sports, at school and at work. If you’re interested in learning more about human factors training, check out one of our free on-demand webinars.

Stop in the Name of Safety!
SafeStart Sponsors ASSE Symposium