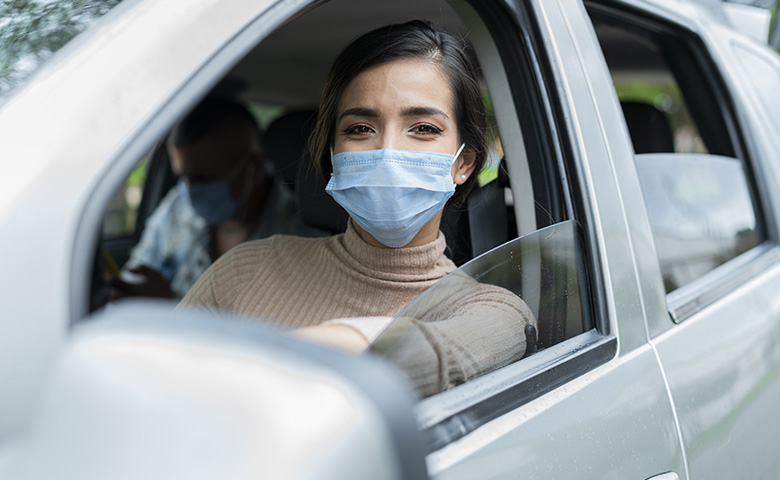 In the pandemic, many were forced to stay at home with lockdowns and curfews, and the volume of cars on the road diminished significantly. In the U.S., traffic volume fell by 16% during the first half of 2020 according to Axios. However, this decrease in traffic was not matched by the same rate of decreases in road accident deaths. The reason? During the pandemic, reduced traffic on the roads changed driver behaviors, causing them to increase their speed, drive more erratically and pay less attention.

The Federal Highway Administration (FHWA) research data shows that during the first 9 months of 2020, the distance traveled reduced by 14.5% or 355.5 billion miles.

The National Highway Traffic Safety Administration (NHTSA) estimates that 28,190 died from traffic accidents from January to September of last year. This is an increase of 4.6% from the same period during 2019.

In the data released on traffic fatalities, there is a strong correlation between the decrease in reported deaths and the stay-at-home order enforced in the United States from mid-March to May. In June, when states were partially reopened, the number of fatalities increased by 16% compared to the previous year. This rise in deaths continued for the next three months to September (the full-year report is expected in fall 2021).

Many news stories have reported an increase of speeding. Sources interviewed for these reports suspect that the increase in speeding is as a result of police being tied up with COVID-19-related issues as well as some states ordering police not make routine traffic stops to avoid direct contact with drivers.

While the NHTSA expects to release a report in fall of 2021 with details of behaviors during the pandemic that led to increased road fatalities, early reports state there was a 30% uplift of drivers speeding in excess of 100 mph. In California, extreme speeding increased by 87%, with almost 2500 citations from mid-March to mid-April. This trend is not just isolated to the U.S., as Toronto Police reported a 35% increase in speeding and almost 200% increase in stunt driving offences from March 15 to 31, 2020. Until the NHTSA data is released it is unclear if this trend is short term and due to the driving conditions during the pandemic or will persist as a long-term trend.

Preliminary data released by states illustrates that speed cases are also increasingly the cause of collisions, with Virginia reporting from March 13, 2020 to April 30, 2020 that 23% of all collisions were a result of speed. This is an increase of 18.5% from the same period last year and 19% higher than the 5-year average.

During the pandemic there has been a reported increase of alcohol sales  and drug consumption, with countries such as Canada finding that 25% of adults are drinking more during the pandemic and 6% of respondents reporting using cannabis more (a 14% rise among those aged 18–34). The top reasons for these increases in consumption were due to lack of routine, boredom and stress. It’s possible that this increase in alcohol and drug consumption has led to a higher number of people driving under the influence.

Driving while tired has always been a major concern for long-haul truck drivers. With the increase of people purchasing online, there has been an increase in demand for long-haul drivers, and potential exposure to COVID-19 at rest stops has caused truck drivers to stop less, which can lead to them being not as alert on the roads.

According to studies, many truck drivers tend to suffer from cardiometabolic diseases such as type II diabetes. With many food establishments closed due to COVID-19, these drivers with health conditions are affected by limited access to refreshments and rest, which increases the risk of fatigue and collisions.

With long-haul vehicles weighing more than 10,000 pounds, they can pose a serious risk for other road users, and most of the fatalities involving long-haul trucks are occupants of other vehicles or non-truck occupants.

With the increases of reckless driving behaviors and the higher risk of fatigue, it is vital that motorists are extra vigilant on the road during the pandemic.