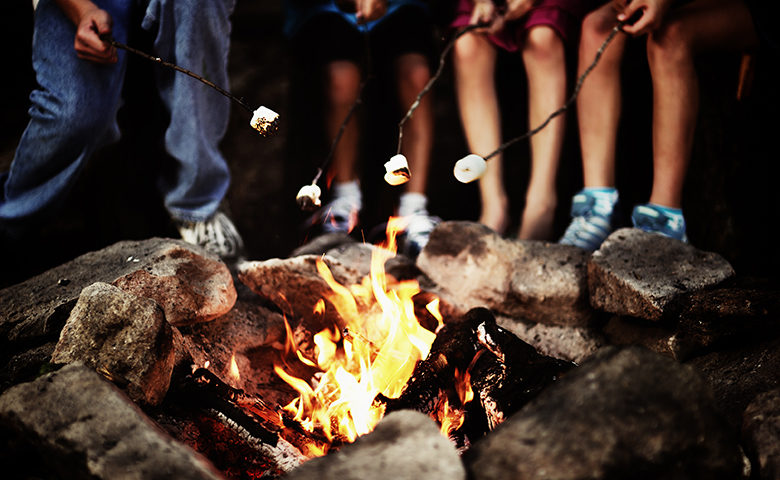 When you picture your family’s summer plans, do they include sitting around the fire, telling stories, helping the kids roast marshmallows or making s’mores? These are all things that make great summer memories. But fire-related injuries are not the types of memories you want to have when you reflect on summer vacation.

Whether you have a fire pit in your backyard, or you plan to have a fire while camping or away at the cottage, it’s easy to become complacent to the risks they pose to you and your family.

Recently, Josh Millsap from Nucor Building Systems shared his SafeStart story with us. A big part of SafeStart is 24/7 learning—meaning off-the-job safety—and story-telling is a great learning tool. Here is his story:

Josh and his family decided to visit their family cabin for a long weekend. Excited for the change in scenery, they filled their first couple of days with a lot of activities, including adventure driving and several long hikes. By the end of day two, everyone was tired and ready to relax.

The kids wanted to roast marshmallows while the adults were ready to settle in by the fire for the evening. The fire pit consisted of a section of cut pipe with four rocks under the bottom of the ring to ensure the fire burned hot.

Josh’s four-year-old son, Angus, crouched down about four feet away from the fire ring to get another marshmallow. As Angus started to get up, he lost his footing—as many four-year-olds do—and landed on his knees right in front of the fire ring. He reached out with his hands to steady himself and the underside of his wrist touched the top outside edge of the fire ring and burned him instantly. He suffered 2nd-degree burns on his wrist and some scratches to his knees.

In addition to being tired, the adults around the fire became complacent about the risks. Their eyes and mind were not on the activities around the fire and their judgment was impaired enough that they didn’t recognize the children were in the line of fire and had the potential to have a balance, traction, grip error. They quickly learned that the blanket statement, “Be careful, the fire is hot” is not enough to protect the children.

A day after the incident, Josh had time to process what happened and realized that other family members have installed similar fire rings with steel cut from the same pipe that his fire ring came from. He shared the story with those who hadn’t heard what happened to Angus and provided them with the solution of grinding down the edges of the fire ring and applying new fire safety rules for the future.

Thank you to Josh and Nucor Building Systems for sharing this SafeStart story about off-the-job fire safety. It also demonstrates the effective use of learning loops at the end of the story when he changed the system for himself and others. If you want to learn more about these systems, check out our Human Factors Framework webinar. It’s only twenty minutes and is available on-demand for free here.

As you think about Josh’s story and how it might apply to your own summer plans, here are some fire pit safety tips:

Before lighting a fire

This is not a comprehensive list, but enough to get you started for summer fire safety. Enjoy your time away from work but remember, safety doesn’t stop simply because you’re off the clock. If you’re looking for workplace fire safety tips, click here.

SafeStart has worked with tens of thousands of safety professionals over the last three decades and this guide summarizes the common problems they all have and what you can do to ensure you have success in safety.