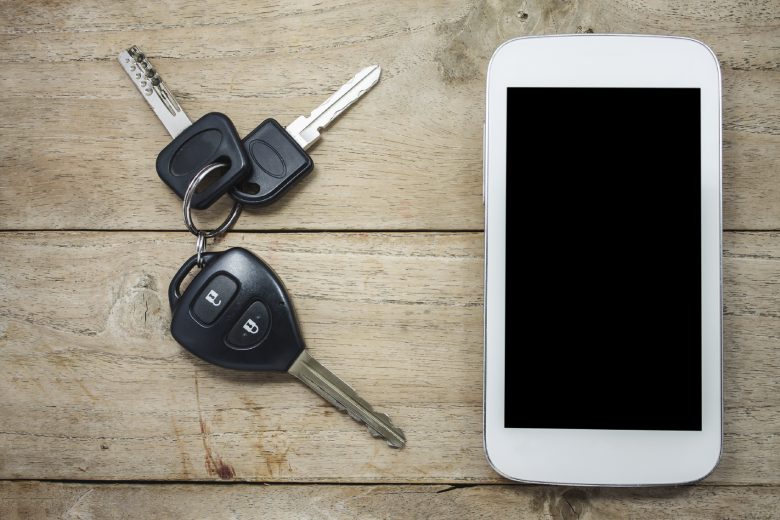 By now there’s no denying that using handheld devices while driving is dangerous. Cell phones are responsible for a significant portion of incidents on the road—nearly a quarter of all incidents in 2013.

And research continues to emerge that suggests that it’s just as dangerous to talk on a phone over Bluetooth as it is to hold it to your hand. People don’t crash because they’d rather hold onto their phone than the wheel, they crash because they’re distracted. In other words, it’s not what your hands are doing, it’s what your mind is doing.

When you’re talking on your phone in any capacity your mind is split between two different tasks and your cognitive response is significantly lower as a result.  In a white paper published in 2012 called Understanding the Distracted Brain, the National Safety Council notes that “listening to sentences on cell phones decreased activity by 37 percent in the brain’s parietal lobe, an area associated with driving.”

But here’s the kicker: you don’t even have to be actively using your phone for it to distract you. Anything that pulls the mind’s attention from driving is a potential source of accidents and there is a small but growing body of evidence that phantom vibrations, a phenomenon in which someone perceives their cellphone to be buzzing or ringing when it’s not, could be a real issue for drivers. How widespread is the issue? In one study of 290 undergraduates, it was found that 89% of them have experienced phantom vibrating.

Turning our attention to a ringing phone can be a major cognitive distraction and when it comes to getting behind the wheel, splitting our attention between the phone and the road is a major problem, regardless of whether our phones are actually receiving a call or we just perceive that they are.

Are phantom vibrations on the same level of cognitive distraction as carrying on a long conversation while driving? Not likely. But as any safety professional can attest, even small instances of mental distraction are enough to cause injuries.

Possibly the best solution to get your phone truly out of mind is to leave it out of sight—and out of reach too. Even if we take our phones out of our pocket, leave it in our purse, or place it on the seat next to us, we’ll still be lured by the phantom impression that we hear it vibrating when the car hits a bump, or that we’ve received a text when sunlight reflects off the screen. It’s a lot harder to think you hear your phone buzzing if it’s been put on silent mode and left in a place where you know you won’t be able to hear it. So before you buckle up your seat belt, take a moment to conceal your phone at the back of the glove box, place it in the backseat or, more drastically, lock it in the trunk.

It’s clear that putting your phone away before driving will help avoid moments of distraction behind the wheel. But there may be another benefit to consciously keeping your phone out of reach too. In his book The Power of Habit, Charles Duhigg outlines what he calls keystone habits. As Duhigg says, “Keystone habits start a process that, over time, transforms everything.” The idea is that a single specific habit, like making your bed, will trigger a more general behavioral change, like improved productivity and a stronger sense of well-being.

Putting our phones away could not only help us avoid the phantom call issue but it may increase our attention to general road safety as well. By far the biggest cause of driving fatalities is distraction, which is responsible for 62% of traffic deaths. Getting in the habit of stashing phones somewhere out of reach could trigger greater awareness while driving. And when it comes to cutting down on car accidents, we need to forget about keeping people’s hands free and focus on keeping their eyes—and mind—on the road.