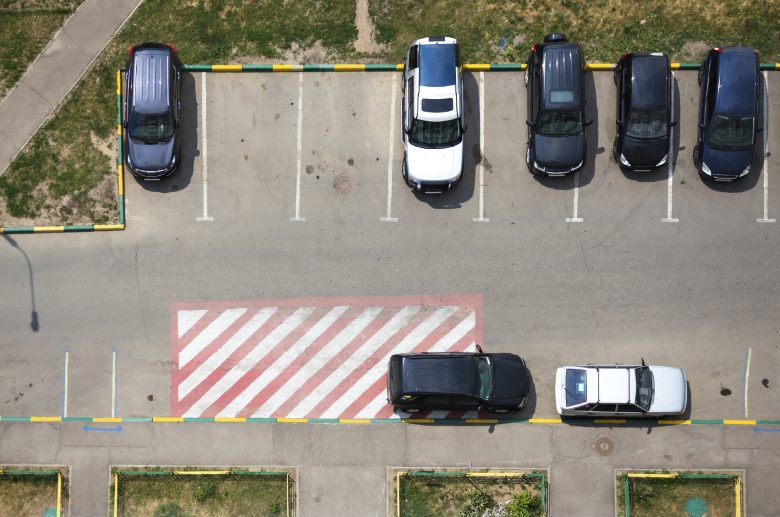 Whether to back in or pull into a parking space isn’t just a question for your next trip to the grocery store—it’s surprisingly relevant for workplace safety. Roughly one in seven vehicle incidents occur in parking lots, and they’re a natural place to focus on to reduce on-site incidents. And how employees park when they arrive at work can also affect their safety behavior throughout the workday, how they respond to emergencies and more.

Drivers have a smaller field of vision when reversing their vehicle. More can go wrong. And whether you back into or out of a parking space, it makes sense to put your car in reverse when you’re at your sharpest. By the time you leave work you’re likely to be under the spell of one or more human factors, including fatigue, frustration, and the urge to rush home. Encouraging employees to back in when they arrive at work will cut down on the number of people who reverse their vehicles when they’re tired, frustrated and less able to pay attention. (And we already know that the majority of many traffic issues—like fatal crashes—are caused by human factors that distract drivers.)

Many companies hold toolbox talks at the start of each shift so that safety is at the top of everyone’s mind before they begin working. Backing into a parking space can function in the same way. It naturally triggers thoughts of why it’s necessary—because it’s safer—and anything that gets employees to think about safe behavior is a good thing. Especially when it happens right when they arrive at work.

It’s also a very visual and contagious habit. Everyone can see how their colleagues are parking, and as more and more people start backing in, the progress can be motivating and act as a reminder while building the habit. Once everyone is in the habit of backing in, visitors and new employees will also quickly take note that the company takes safety seriously.

Emergencies almost always cause panic and rushing. That’s why fire evacuation plans and other emergency preparations aim to keep people as calm and orderly as possible. If the need to evacuate is urgent, it’s much quicker to get into your vehicle and drive straight out—and you certainly don’t want to be stuck waiting for someone to have to back out of their spot, especially not if you’re in a panicked and rushed state.

Backing in can also help with more mundane problems. If your car won’t start, it’s much easier to get a boost if you’re backed in; if you pull forward your engine may be harder to reach. There is also much less frustration in the parking lot or in the parking garage at the end of a shift too, especially since workers are more likely to be tired and not paying attention.

Habit experts like Charles Duhigg have regularly noted the power of certain habits. Called “keystone habits”, there are certain small behavioral changes that can trigger seemingly unrelated benefits. Getting in the habit of making your bed in the morning has been shown to lead to better exercise habits, for example. This occurs because small habits are often the catalyst for larger change.

Getting in the habit of backing in is often the first step of a bigger shift in safety culture. It’s something SafeStart’s safety consultants see all the time at client sites. After recommending that management encourage employees to back into parking spaces, the consultant returns a year later and finds a dramatic improvement in safety culture. And time and again, they hear from on-site management that the behavior change started by using reversing in the parking lot as a keystone to addressing wider safety issues.

Once the habit is in place you can build on it by adding subsequent steps to the habit, such as testing footing before committing full weight to avoid slipping when exiting a vehicle. Because the person is already thinking about safety from backing into the space, this secondary habit will be easier to build. Next you could add “look both ways before crossing the parking lot”, and suddenly there’s a full routine that gets employees into a safely mindset as soon as they arrive at work.

You can take it one step further and get people in the habit of backing in at home too since that’s where far more unintentional injuries occur.

Backing in is only one of the many tools to combat distracted driving. It’s also one you can begin promoting right away and it requires little or no financial commitment from company ownership. By openly communicating the importance of backing in and leading the way by example, you can take a small but valuable step in making the workplace that much safer.

If you’ve tried this and found it effective then investigate other methods of addressing human factors in the workplace. There are a number of resources, like this guide on distracted driving and workplace safety, that can guide you in more effectively dealing with human error and injuries.

Safety from the Shadows
Don Wilson Wages War Against Complacency