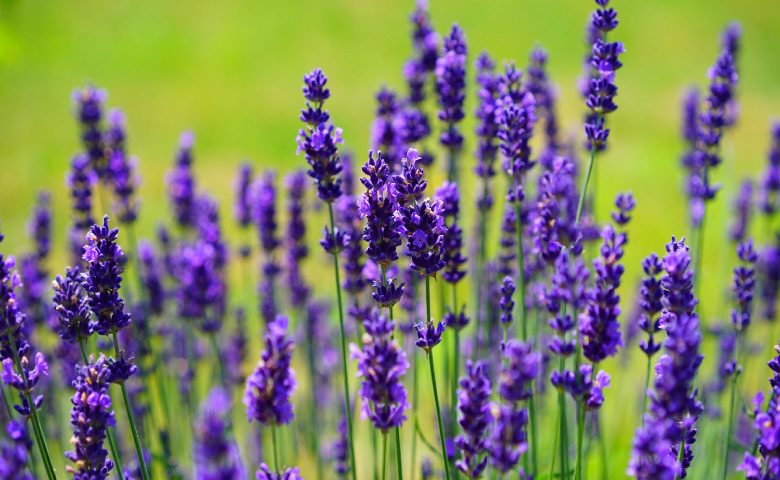 Givaudan is a Swiss multinational manufacturer of flavors and fragrances. With operations in the Americas, Europe, Africa, Asia and the Middle East, the company is the largest in the world in its industry. Operating in Brazil since 1927, Givaudan is headquartered in Jaguare, Sao Paulo. 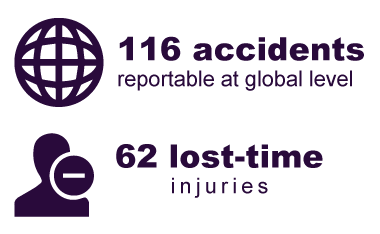 Since 2008, Givaudan has undergone several restructures in the areas of environment, health and safety (EHS). In 2009, when assessing rates of global accidents that led to lost-time injuries and benchmarking them against the main competitors in the industry, Givaudan realized that its performance was not satisfactory.

In order to achieve the world-class standard desired by their global EHS team, Givaudan established an executive committee for EHS in Latin America to find ways to improve the number of incidents in the region and to engage the entire executive leadership in decisions related to this issue. 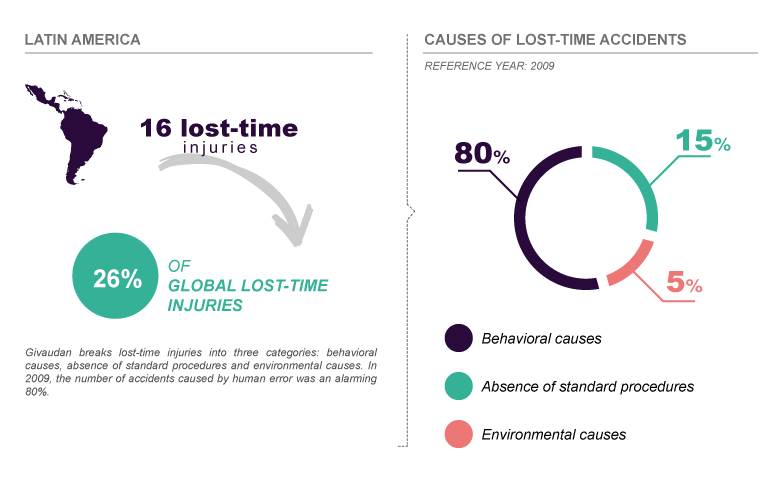 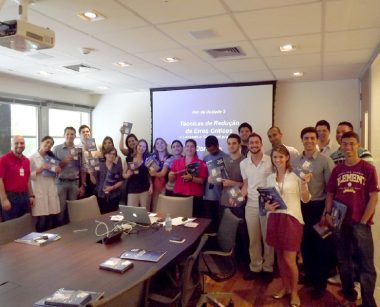 The mission of the EHS team was to produce significant results in eco efficiency and security in Brazil, thus reducing the alarming number of accidents. For this purpose, they created the “Zero is Possible” program, which aimed to change the safety culture through education, workshops for leadership, research for diagnosing safety culture, the creation of action plans and the implementation of the behavioral safety awareness program, SafeStart.

In 2010, Givaudan began the SafeStart program, educating more than 1,000 employees in six plants in Latin America. The pilot program was held at Givaudan in Brazil.

Safe behavior brings benefits such as a higher quality of life at work, at home, driving or anywhere you are.

Foundation of the “Zero is Possible” program

We made sure to monitor the company’s participation in the entire training, session by session, and we held a new communication process in each new module. 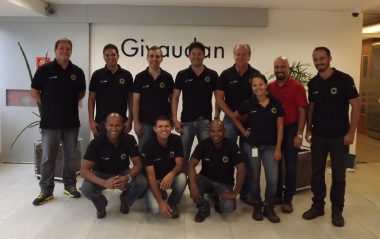 One of the first steps to implement SafeStart was to hold a training program for the internal ambassadors who would then take the program forward inside the company. These train-the-trainer sessions were held first at the Brazilian units, and were later rolled out in Mexico, Argentina and Colombia. At the end of the program, more than ten thousand employees had been trained. The entire process involved the active participation of the EHS technical team.

One of the unique benefits of SafeStart compared to other behavioral safety training programs is that it involves employees’ families in the learning process. Each trained employee takes home a kit with DVDs to share with their family and friends. Each DVD contains a different theme, from safe driving to the Boo Boo Bandits—a movie to encourage children to watch out for safety items in their homes.

At meetings on safety at work, there were situations in which the employees openly told their leaders about their families and how valuable safety awareness had become for them. They stated that although they knew they needed to go to work, their safe return home to their children and family was more important.

During the training sessions, the employees demonstrated their satisfaction with having their leadership addressing such an important topic for them.

A year after conducting SafeStart safety training, it became apparent that the greatest value of this process, apart from reducing the number of accidents, was the behavior of employees and leaders. Leading by example has been practiced by the entire leadership group, which started a healthy competition across departments in the pursuit of the best performance. Since launching SafeStart, Givaudan has noticed a significant reduction in the number of accidents. 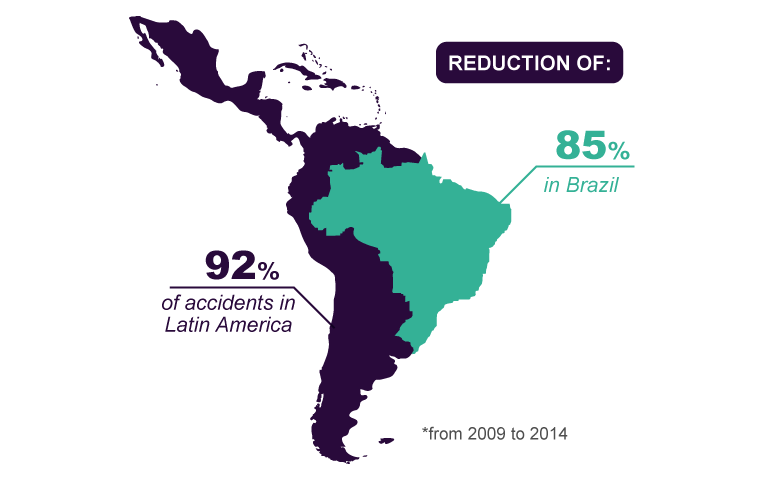 Givaudan has noticed good results that have significantly reduced the number of lost-time accidents in the organization.

Givaudan’s current strategy is to strengthen the SafeStart program at their plants around the world, following the excellent results in Latin America. The focus on behavioral safety and safety awareness should strengthen globally over the coming years. 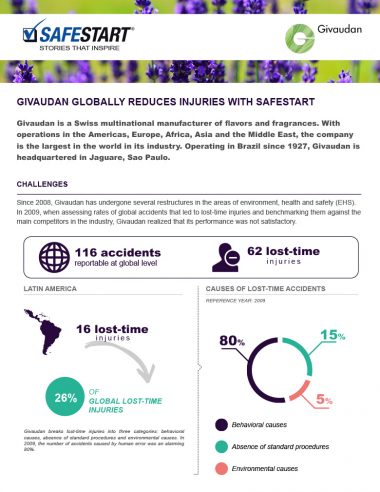