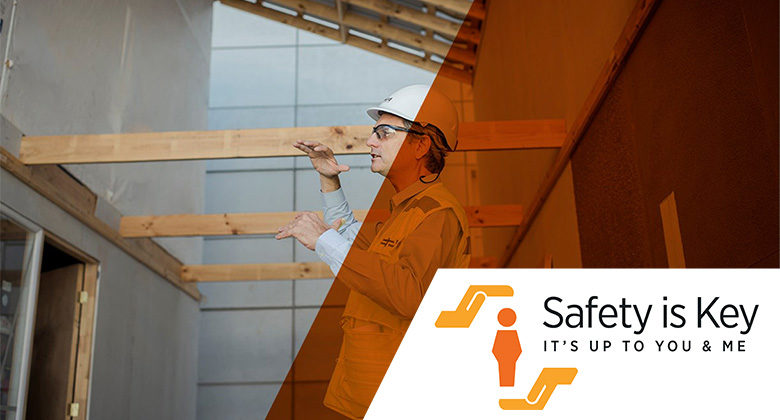 Etex is a Belgian company with more than a century of experience. 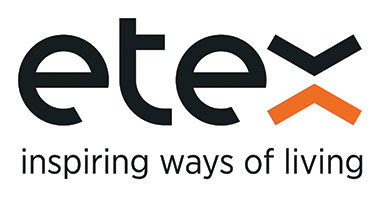 The Etex brand identity is based on various aspects of its history and performance: Belgian roots, global presence, solid financial structure and the entrepreneurial spirit shared by all its teammates.

One of the main challenges of the Etex Group, especially in the Latin American region, was to change the traditional safety model that had been practiced for several years because the whole focus was on the use of equipment and compliance with standards and procedures.

A bit of history 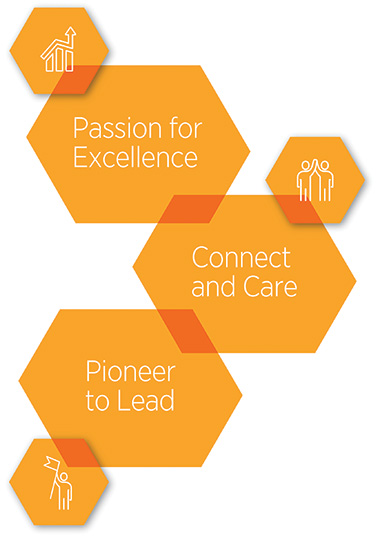 In 2005, the Etex LATAM group had a Lost Time Injury Frequency Rate (LTIFR) of 65 per one million work hours. At the time, the company’s focus was primarily on the health of its teammates.

In 2011, the Etex group bought European and South American gypsum operations from the French manufacturer Lafarge, inheriting a more robust and better-structured safety system, which helped reduce incident rates at the regional level.

By 2013, with the implementation of safety management measures, a significant reduction in incident rates was achieved, providing a good level of safety in operations. However, Etex noted that there was an even greater potential for reducing risks and that there was an opportunity to positively affect the behavior of its teammates to further improve safety. The strategy was to implement a program with a unique focus on the concept of risk perception.

The goal of SafeStart is, first and foremost, to recognize the importance of human factors in all activities and in the way people take risks. Human factors are the ultimate and most powerful defense against any danger.

At that time, the group experienced significant organizational changes, a reassessment of corporate values and a standardization of criteria both regionally and globally, and SafeStart fit perfectly with the time and needs of the company. The program proposal featured a very simple language to focus on safe attitudes, not only in the work environment, but also outside it, involving the family. Most importantly, this program considered the commitment of leaders as the cornerstone of success.

What attracted us most to SafeStart was the human component of the program, given that we had not been working on it at Etex. 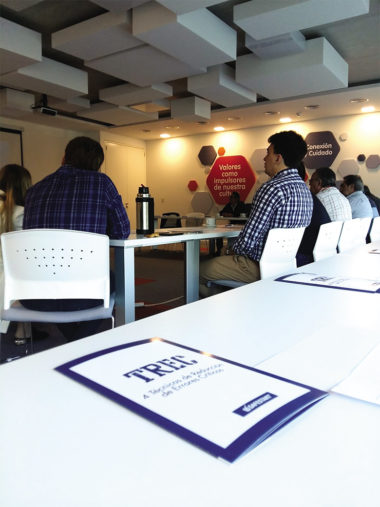 2013 marked the beginning of the two-phase implementation of SafeStart. The first phase began with the training of the internal champions who can then teach the program to others in the company. Train-the-trainer sessions ran in parallel throughout the region, with the pioneering countries being Argentina, Brazil and Colombia, followed by Peru and Chile.

The second phase incorporated SafeStart as a global solution, involving not only safety but all other areas of the company, with SafeStart being the focus for everyone at all organizational levels, including the CEO. With this push from the global management, SafeStart became the primary driver of culture change in the organization and gained even more momentum throughout the region.

By 2019, 2,000 employees received SafeStart training in the five Latin American countries. Several changes have been observed among teammates, who now see safety from a different perspective. This has been very evident from the moment workers began to pay more attention and report the risks in their work areas.

In this sense, SafeStart was able to associate compliance and safety with human factors, which strengthens the commitment of each worker and reinforces the new way of thinking about safety. Teammates are now also more aware of their routines and know how to identify existing risks.

The safety managers at Etex saw the need to include new indicators in the safety analyses, incorporating the SafeStart concepts to more effectively measure and monitor the evolution of the program’s implementation.

One of the indicators that attracted the most attention was Safety Intensity, whose objective is to keep SafeStart alive by including it in the group’s KPIs. It is composed of the following indicators: Safety Conversation (SC) + Near Misses (NM ) + Safety Engagement.

The main idea is to measure activities outside of the typical ones, incorporating new goals for the leaders. For example, one teammate per month should have at least one safety intervention in any of the three indicators mentioned above. The goal of this measure is to ensure that all teammates remain attentive and committed to actively contributing to safety by keeping their eyes and minds on task.

We began to measure activities beyond traditional ones.

The results obtained so far have been very satisfactory for the safety environment and for the company as a whole. It is easy to see how people have embraced the SafeStart philosophy not only within the company but also in their daily lives at home.

The organization of the safety committees has been very positive at the national and regional levels, where the teammates are deeply committed to making safety a top priority for everyone. These days, workers’ perception of risk promotes a significant change in behavior. Situations that were once considered not very serious are now given the same degree of importance as the truly dangerous ones.

The practice of sharing stories among teammates has been successfully introduced. Following one of SafeStart’s guidelines of discussing how a given situation could have been worse and how it could have been prevented encourages the exchange of different concepts and, at the same time, promotes talking about safety every day.

Similarly, teammates have been very enthusiastic about producing home videos where they tell their own stories. In this way, SafeStart promotes an educational methodology based on employee advocacy and commitment not only within the company but also outside it. So far, 86 videos have been spontaneously made by teammates, and one of the most viewed has been the “Champeta SafeStart” video produced at the Cartagena facility.

There can be no growth or profitability if we do not make safety our number one priority. 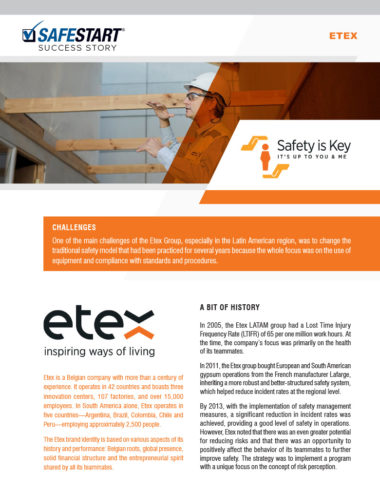