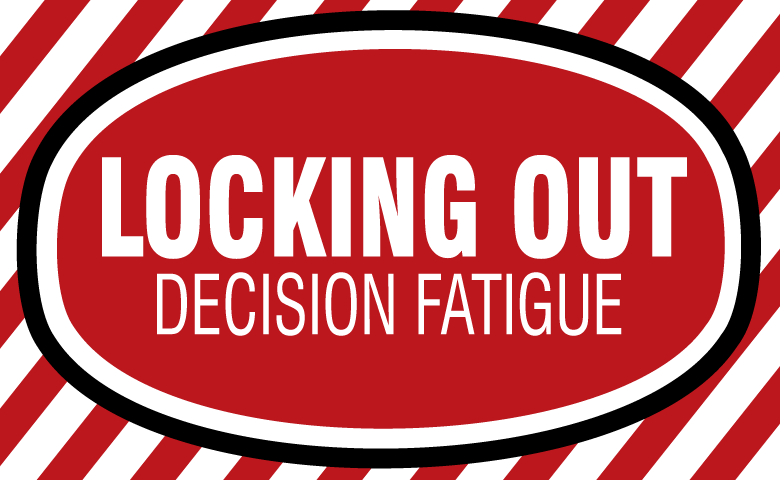 If you wanted to summarize the safety profession for a layperson, you would do well to start with lockout/tagout (LOTO) as a great example of the contemporary approach to workplace safety. It combines an engineering solution and a behavioral process in order to prevent workers from coming into contact with hazardous energy, and if LOTO best practices are followed, they can protect employees with an impressive degree of reliability. But like so many other aspects of workplace safety, there’s only one chink in an otherwise foolproof process—people need to follow it for it to work.

As every safety professional quickly discovers, people have a frustrating knack for not always following rules, and it doesn’t matter how good a safety management system is if people don’t adhere to it. In many ways, it’s safety’s biggest challenge: How else do you get workers to follow rules when they already know straying from safety procedures puts them at a very real and very significant risk? 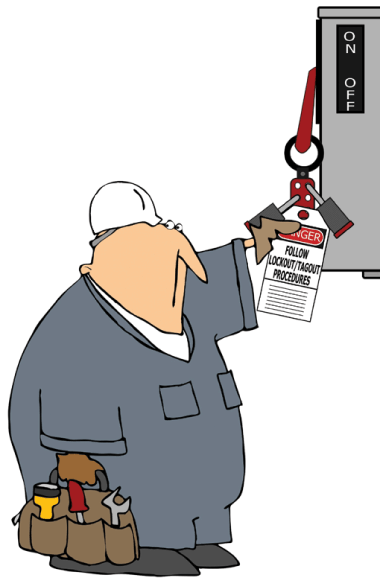 A great deal of technological development and training effort is spent on ensuring workers have the physical ability to lock out machinery. But when it comes to dealing with decision-making issues, safety folks tend to rely heavily on discipline. Unfortunately, punishment is a relatively ineffective tool because it doesn’t actually lead to more compliant behavior. After all, if the possibility of dying isn’t enough of a deterrent, it’s unlikely that receiving a scolding from management will be effective. So rather than concentrating our efforts on disciplining a failure to follow safety rules, it’s more productive to focus on what actually hinders employees from making safe decisions like following LOTO procedures.

A burgeoning collection of research suggests that decisions are affected by a number of factors and that our ability to make decisions is effectively limited. Two of the biggest names in decision research are Roy Baumeister and John Tierney, who note in their book Willpower that a person’s ability to exercise willpower declines with every decision he or she makes. In experiment after experiment, they found that the ability to think through a problem can be severely compromised by both an individual’s state of mind and the number of decisions he or she has had to make earlier in the day.

If you’re struggling with LOTO at your organization, you should reach for your highlighter, because this is a crucial and woefully overlooked contributor to workplace deaths: Decision fatigue plays an enormous role in a worker’s ability to carry out the proper LOTO process.

Decision fatigue explains why it’s harder to stick to a diet after a long day—our mental reserves have been depleted and we have less energy to stave off cravings. It’s the same with choosing whether to exercise. It gives credence to something I hear frequently from safety professionals: Workers are more lax with following the rules towards the end of the workday, the end of a project, or the end of the week. And it could also point to why obvious procedures like LOTO can be overlooked.

When workers are suffering from decision fatigue, they may be more likely to make an error in judgment, such as thinking they can get away with not locking machinery out “just this once” or taking a shortcut that they perceive is a lot less risky than it actually is. Ask yourself when most LOTO violations happen. I’m willing to bet that the vast majority occur at the latter half of a shift after employees have had to make a number of decisions that have depleted their mental reserves. Or perhaps they’ve had an ongoing struggle with a piece of equipment—they locked it out the first few times but at some point fatigue and complacency started to set in. 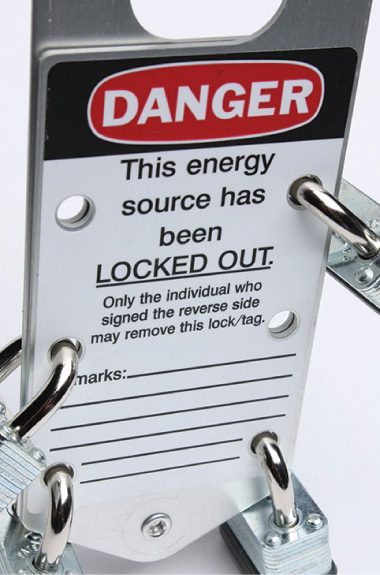 If you don’t think your employees have to make many (or any) decisions at work, consider that even the most basic jobs require a constant stream of decisions to be made. Which tool to use, which route to walk across a construction site, or the best way to execute a task all seem like basic choices, but nonetheless they tax our decision-making muscles. Additionally, our willpower—or ability to make strong decisions—is strained in the same way regardless of a decision’s magnitude. This means that a series of small decisions can be just as taxing as a set of larger choices. It also doesn’t matter whether it’s job-related or personal. So when employees are forced to make more decisions than normal off the job, such as choosing details like paint color and carpet type in a newly built home or continually deciding to resist the urge to overeat because they’re on a diet, they may be less capable of choosing to wear personal protective equipment or following LOTO procedures at work.

It’s impossible to eliminate every decision your workers make over the course of a day, but there are a number of ways that management can unwittingly increase the number of decisions their employees have to make, ratcheting up the risk of mental fatigue and compromising processes like LOTO. For example, when workers are asked to work faster to meet a ramped-up production schedule they’re also forced to make a number of mental calculations on the fly in the quest to find increased efficiency. The end result is that rushing workers spend brainpower at a much faster rate as they hustle to find ways to execute their normal tasks more quickly. Each additional decision may seem small—many people wouldn’t even recognize these as discrete decisions—but collectively they can deteriorate a worker’s ability to make cogent choices that affect his or her safety.

The best way to prevent the poor decision to circumvent a safety procedure is to cut the decision out of the process. That means coaching workers on essential procedures like LOTO until they become habits. While habits can still fail, especially when workers are in the sway of human factors that affect their performance, they are an effective way to standardize behavior. By teaching a habit rather than forcing workers to choose to follow a rule, employers help workers save their decision-making energy for when they need it more. 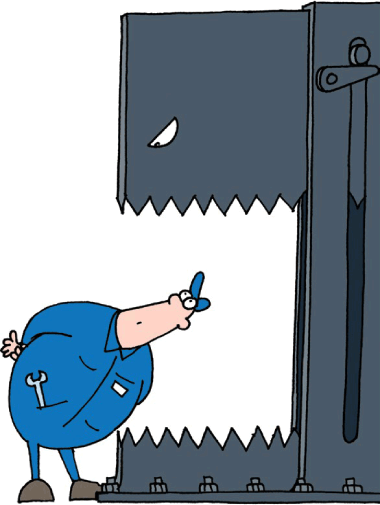 But habits can be notoriously difficult to instill in a large workforce—the next-best option is to cut down on the stressors that contribute to making the decision. Even simple awareness of the states of mind that affect the decisions we make can help workers recognize when they may be compromised by human factors, and they can take an extra few seconds to ensure they’re properly thinking through the process.

In the end, there’s no obvious single solution. One thing that’s clear, though, is that one of the biggest factors driving an increased risk to workers is compromised decision-making abilities. If your LOTO training doesn’t deliver at least some communication and awareness to all staff members that addresses how decisions and team influence can affect compliance and increase the risk of a serious injury, you’re really missing a critical step.

It’s time to rethink how we view LOTO and see it as a process that starts with a decision. Viewed in that light, it’s a process that’s a lot more complicated than the act of attaching a lock to a piece of machinery. And LOTO issues become a lot easier to deal with once you accept that problems with the process are often a result of decisions—and that there are ways we can support employees’ critical faculties and cut down on decision fatigue. 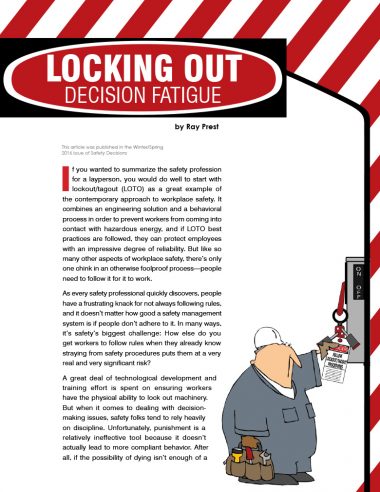