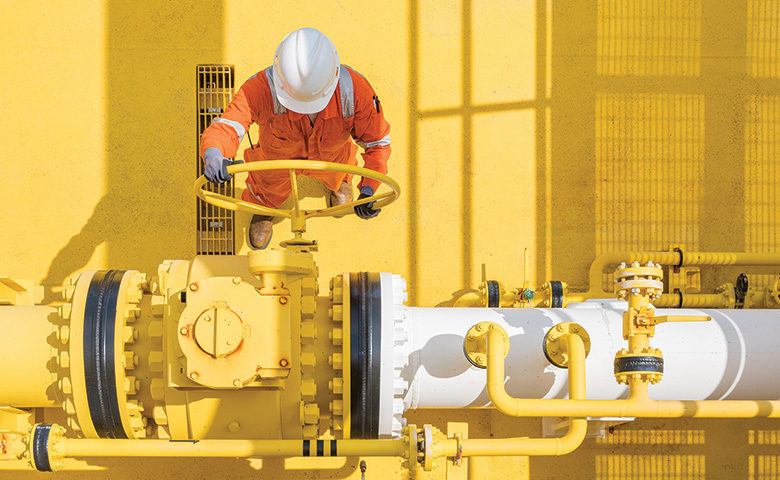 This article by Gary A. Higbee was originally published in the
May 2020 issue of the Safety and Health Magazine.

Many articles have been written about our collective inability to reduce the number of serious injuries and fatalities (SIFs) that occur every year. Safety systems are continuously revised and safety programs are rewritten —a few are even invented—all with disappointing results.

Although we can’t solve all the issues in a short article such as this, I’d like to introduce a new thought or two about this problem to promote further discussion. I’m going to share a series of notes that touch on various issues regarding the specific challenges posed by SIFs, as well as considerations for potential remedies.

We already know a great deal about SIFs. First, we can all agree that what we’re currently doing to prevent them isn’t working. The number of SIFs has increased in the past four years, and workplace deaths are up with no apparent new risks to explain them.

Improvements in recordable injury rates began leveling off in the mid-1980s, and although the rate has technically been improving, it’s done so at well below 2 percent a year for the past 20 years. This suggests that the problem isn’t limited to SIFs.

Almost all of the proposed solutions currently offered amount to continuous attempts to do more of the workplace controls we’ve always used, but to do them a little bit better. Additionally, a higher concentration of time and resources have been spent on operations that are considered more risky. Despite these measures, the numbers keep rising.

It’s worth noting that many current management philoso­phies can actually cause the risk of injury to increase in both likelihood and severity. When misused, key performance indicators may actually raise risk levels significantly. They can also make risk more variable, meaning that they’re pres­ent at some times but not others. This can make sources of risk harder to discover before a SIF event.

Clearly, more of the same isn’t going to cut it. If we want to effectively reduce SIFs, we need a new approach. There’s no magic pill that will immediately resolve SIFs, but adding new activities to our safety regimen that sync well with our existing efforts may make risk more visible and help curb SIF incidents.

When it comes to deploying new technologies to elimi­nate hazard exposure, the result is often much different than intended. Where humans are required to interface with an operation, three points exist: humans load the sys­tem, unload the system and maintain the system. The risk, however, isn’t always constant. It varies from day to day, and even hour to hour.

We sometimes hear that human factors or human errors aren’t important in a well-run organization, that production systems or management are the issue. This simply isn’t true, and ignoring human factors is dangerous to everyone.

Although human factors are often overlooked, their impact on SIF-related risk is surprisingly intuitive. Going faster than normal; being frustrated, angry or fatigued; com­placency; and other human factors can drastically change the likelihood of an incident occurring, as well as altering the possibility of an incident becoming a SIF.

We have to realize that individual employees are likely the only ones who know which human factors are affecting them at any given moment. This means we have to find a way to involve them in the solution, including giving them the prac­tice required to hone their ability to recognize human factors, and then the knowledge and skills to mitigate the effects it has on risk.

Over 45 years of safety experience fuel Gary’s inspiring leadership and speaking styles, and have contributed to making him an internationally recognized speaker on safety, health, environmental and business issues. In addition to penning multiple articles, Gary is also co-author of the book Inside Out: Rethinking Traditional Safety Management Paradigms. 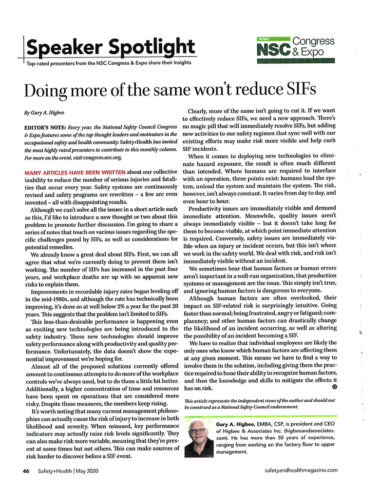