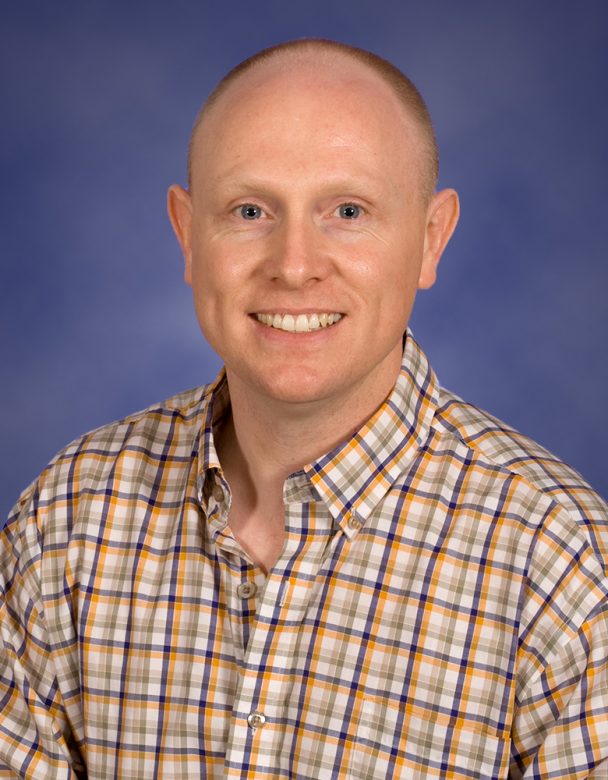 Three years ago our research team published a 16-page guide on slips, trips and falls. We decided to write it because we were struck by how pervasive the problem is.

According to the NSC, a quarter of all workplace injuries are the result of slips, trips and falls. No industry is immune, with a half-dozen sectors experiencing tens of thousands of incidents each year. Unsurprisingly, the statistics on slips, trips and falls have remained relatively unchanged.

In 2014, BLR conducted a survey of nearly 1,300 safety professionals. Respondents were asked about the most common contributor to these types of incidents in their workplace. Tellingly, most of the answers could be grouped into only three categories:

A few other causes were also highlighted in the survey, including poor lighting, ladders, and stairs, but collectively they were noted by only 5% of respondents. Clearly, we can all agree on what the main issues are. But almost no one seemed to have a solution.

Most worksites invest a great deal of time and money into addressing physical hazards—but it should be apparent by now that no engineering fix can completely eliminate the problem. Non-slip mats, well-marked walkways and other physical solutions are an essential component of reducing slips and trips. But they’re not enough on their own.

People forget to follow housekeeping procedures. They drag their feet when they’re tired. They become distracted. Nobody slips only because a floor is wet—they slip because the floor is wet and they fail to notice a wet floor sign or fail to walk around the hazard.

Over the past three years, I’ve spoken with hundreds of safety folks who all wanted desperately to reduce slips, trips and falls. Some of them achieved their goal and others fell short. Those who succeeded all had one thing in common: they took the issue of balance to heart. They recognized their responsibility to contain hazards and they realized that human factors led to unintentional behavior that must be managed.

As it turns out, slips, trips and falls are a great litmus test for a company’s approach to safety—how well can an organization balance physical hazards and personal actions?

It doesn’t take much to avoid a slip or trip. So why do they happen so frequently?

Most people operate on the principle that if something’s in our field of vision, we’ll see it. As it turns out, that’s not always the case. Cognitive psychologists have long argued that there’s a big difference between seeing something and mentally registering it.

As author Arien Mack puts it, “there’s no conscious perception without attention.” When someone isn’t actively paying attention to something, they become literally blind to it. She called this phenomenon “inattentional blindness” (she wrote a book of the same name with Irvin Rock). It’s at the core of several safety issues—and perhaps the single biggest factor in slips, trips and falls.

Familiarity breeds complacency. And there is nothing more familiar than walking. If you’re like the average American, you take over 5,000 steps a day. Only the youngest or oldest among us doubt their ability to take one step and then another. But once you’ve taken millions of steps, it becomes a task that happens automatically.

It stops engaging your brain and you no longer view it as dangerous.

The upside is that you become free to think about other things. The downside is that you now have a much greater chance of distraction—and injury. When people stop paying attention to walking and focus on some other task, they become effectively blind to how they’re walking and what they might be walking into.

But what about obvious hazards and warning signs? Even though we don’t consciously think about walking, we should still notice wet floor signs or trip hazards. Unfortunately, those too can fail to be perceived. In part, this is because the hazards and warnings are so common as to also suffer from inattentional blindness. We’ve all seen so many wet floor signs that they’ve become unremarkable. As a result, they fail in what they’re designed to do—stand out in the visual environment in order to alert us of a danger.

It is also worth noting that even if every hazard and warning stood out, there would still be a significant number of slip and trip incidents. Mack and Rock found that the subjects in clinical trials failed to notice critical stimuli—an unexpected shape moving on a screen in front of them—when they weren’t actively looking for it. If test subjects are unable to cognitively register something unusual that appears right in front of them, it’s no surprise that run-of-the-mill sights, like water on a floor or a rock underfoot, go unseen.

Any solution to slips, trips and falls needs to deal with complacency. It can either shake employees out of complacency or give them safety nets for when they fall into a state of inattention. Ideally, safety professionals should do both.

Active interventions like toolbox talks and one-on-one safety conversations can bring attention to the risk of inattentional blindness. These interventions are most effective if they are specific to the worksite or, even better, the individual worker. Passive measures can also be taken to mitigate the problem, most notably through the use of safety posters and other visual displays.

Taking steps like these can disrupt complacency, but only temporarily. It’s an ongoing battle and it requires safety professionals to never give ground. Leave the same safety poster up for a few weeks and it slips out of focus, fading to the background.

Long-term measures for combating complacency include strengthening safety habits and providing human error training. Adjusting walking habits—including speed, stride and sightlines—can compensate when complacency sets in. Building better awareness skills can also help. Employees are less likely to slip or trip when they’re able to recognize at-risk moments. The goal is to give workers a new baseline for awareness and actions. And although it’s time-consuming to improve personal self-awareness, it’s a lot easier than trying to eliminate fatigue or distraction.

You have to think about what you’re really up against and meet the challenge with sufficient prevention measures. In addition to the physical steps, there are three human layers to cut through:

The survey I cited at the beginning of this column found that close to half of all slips, trips and falls are the result of human factors. Are you dedicating a proportionate amount of effort into managing them? If the answer is no, then it might be time to revisit how you’re spending your resources. Because it’s a lot harder to slip and trip if you’ve found balance between physical hazards and personal actions. 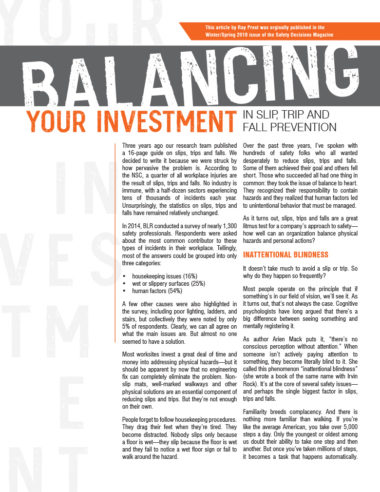